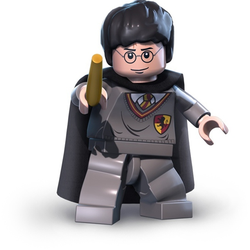 Get your sunglasses, surfboard and pack up your picnics...welcome to the LEGO Beach Hut!

The LEGO Beach Hut set compromises of four main parts, along with three minifigures and two bicycles. The inspiration for this set came from old beach huts lining some of the beaches of the British coastlines, and I thought it would be both exciting and nostalgic to recreate one out of LEGO.

The first part of the set is the blue and white beach hut itself.  Striped like many of the traditional British beach huts, the beach hut I have built has an open doorway to allow for greater playability.  Above the 'doorway', there is a nautical life ring, and the roof of the beach hut I made to give the appearance of being made out of worn planks of wood.  The LDD programme doesn't show the individual tiles I have used to create the roof; I used 4x1 tiles and 3x1 tiles to create the slatted effect.  The roof itself is hinged, again allowing for greater playability as a set, and opening out the roof exposes the interior.  Hanging on the back wall of the beach hut are two surfboards, one dark blue and the other orange.  There are two brown chairs at the back of the hut, and a wooden barrel table with a white mug on top.  At the front of the hut, there is a white and cream chest of drawers, on top of which is a white and orange lamp, and a bouquet of flowers.

The next part of the set compromises of two deck chairs sat beside a barbecue, which has sausages on.  The two deck chairs are striped, as is the nautical tradition, and are hinged to allow them to become sunbeds.  The deck chairs are build upon 'swivel' elements, so the chairs can face any direction.

Another part of the set compromises of a brown picnic table complete with sun umbrella.  On the picnic bench, there is a copy of a newspaper, and on the table are two coloured mugs as well as a basket for the picnic goodies.

The final part of the set is part of the beach.  The blue and white sloped section of the beach represents the waves of the sea, and further up the beach, we can see an orange bucket, situated directly next to a sandcastle, which is complete with an orange flag at the top.

The beach hut set includes three minifigures (pictured), and two bicycles, one white and the other pale blue.  The set is made from 330 pieces, and I would estimate this as costing around £30.00 (though obviously, I'm not sure how LEGO figure out their costings!).

If you have childhood memories of seaside days, or just like the idea of this set, please support it! Thank you for taking the time to view my LEGO Ideas project, and please check out my other (usually Harry Potter-related) projects!