jerryleebee
0
LEGO and Rubik's Cube go together like peanut butter and chocolate. The creativity of LEGO goes hand-in-hand with the logic and problem-solving of Rubik, and both are chunky, brightly-coloured 'toys' which appeal to both males and females alike.

The idea of creating your own cube which is customiseable and yet still solveable is exceedingly appealing to fans of both products.

The above is an extremely crude design as full functionality would require some liaison between the Rubik and LEGO corporations to achieve proper internal mechanism mobility.

It should be noted that customized LEGO Rubik cubes already exist (most notably by Kenneth Brandon ()) but to have something officially licensed which did not require superglue to achieve has incredible appeal. 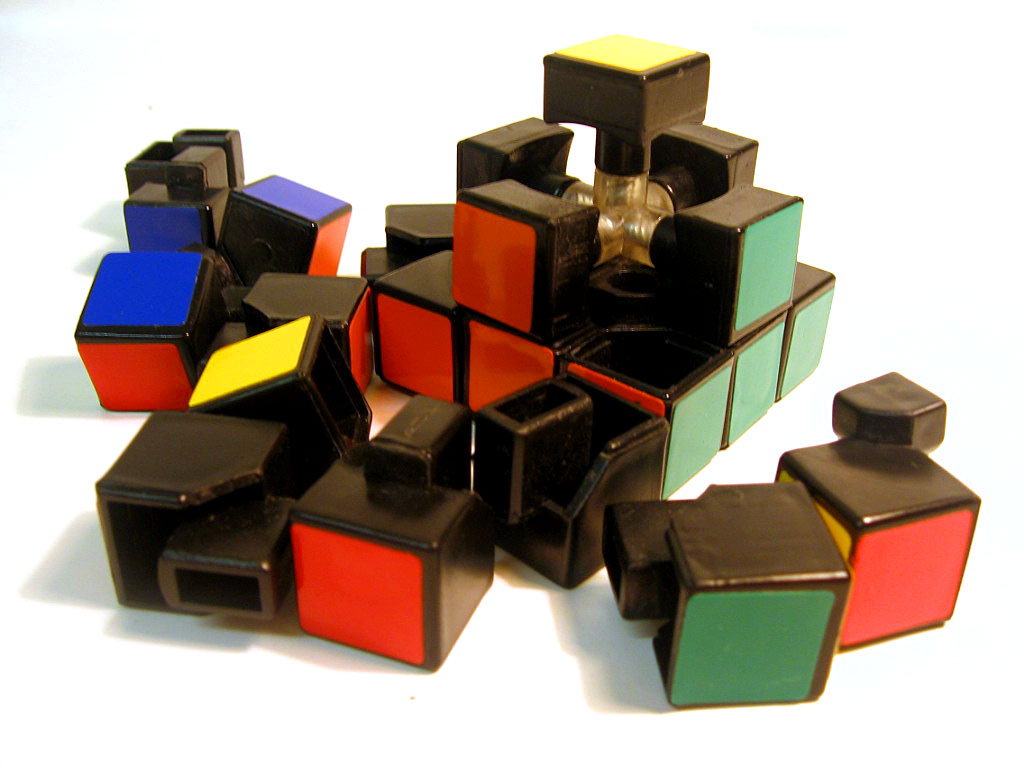 This image shows a partially disassembled Rubik's Cube. As you can see, the 'cubelets' would need mild modification. Rather than having 'flat' faces, they would require studs. This is simply a matter of a new injection mould and then rather than stickers, the assembler would place LEGO plates instead.

Rubik's Cubes and their counterparts (e.g., Eastsheen, V-Cube) have a massive community of custom-cube-assembly already. You can purchase cubes in their completely disassembled form already so that you can achieve a customised tension in the 'spin' of your very own cube when solving.

These modifications are exceedingly simple and require no tools to disassemble and re-assemble the cubes. It can all be done by hand as the cubelets simply snap into place.

The LEGO Rubik's cube would simply be taking this customisation to a new 'playground' with additional LEGO customisation.