The twin Mars Exploration Rovers are considered to be two of the most successful interplanetary missions to date. They have covered more ground in more time than any other surface station, and have taught us more about the Red Planet than any other spacecraft. For a whole decade, Spirit and Opportunity were our eyes and ears on the surface of Mars, scouting craters and dry riverbeds all in the name of science.

Spirit was launched on 10 June 2003, landing on Mars on 4 January 2004. Spirit had a very difficult time, with the landing location being strewn with rocks just large enough to inhibit movement in a straight line, and the surrounding hills were steeper than anticipated. It was believed that the landing site, Gusev Crater, was an ancient lake, but analysis from Spirit revealed that only minute amounts of water were ever present in the crater. In early 2006, Spirit's front wheel jammed, forcing the rover to have to drive backwards for the next four years. The dead wheel turned out to be a blessing in disguise, creating a trench as the rover moved that dug-up silica rich water ice, a sign of possible microbial life. In May 2009 Spirit became stuck in a sandtrap at Troy, and efforts to remove the rover failed. Spirit maintained communication with Earth until 22 March 2010, having traveled 4.8 miles in six years.

Opportunity was much more successful than her sister, launching on 7 July 2003 and landing in Meridiani Planum on 25 January 2004. Driving Opportunity was much easier than Spirit at Gusev, and the rover found definitive evidence of a previously warm and wet Martian climate almost from the getgo. The discovery of spherical hematite crystals, often referred to as "Martian Blueberries." Usually a jagged, silvery-gray (the enhanced color photos show them as blue) crystal found in iron ore, the rounded shape of these hematite deposits show evidence of water erosion. Opportunity also made history by being the first rover to "run a marathon," having reached mile 26.2 in July 2014. In early 2015 Opportunity began having trouble with it's long-term memory storage, called flash-memory. Multiple software updates over the past year have failed to fully rectify the problem, however, and the rover is currently using RAM-memory. This means that any data collected has to be sent back to Earth before the rover shuts down for the night, limiting the amount of information that can be collected in one day. Despite these problems, Opportunity is still in good shape, having traveled 26.58 miles in the past 12 years, and projected to last many more.

This LEGO set contains one 1:20 scale representations of MER Opportunity observing "Berry Bowl," and one of MER Spirit driving backwards at Silica Valley.  At the same scale of the official 21104 MSL Curiosity set, this MOC contains 400 pieces. Rovers are fully mobile (one of Spirit's frond wheels is purposefully jammed), with rocker undercarriage and movable camera mast and robotic arm. Please support this very nice little set! 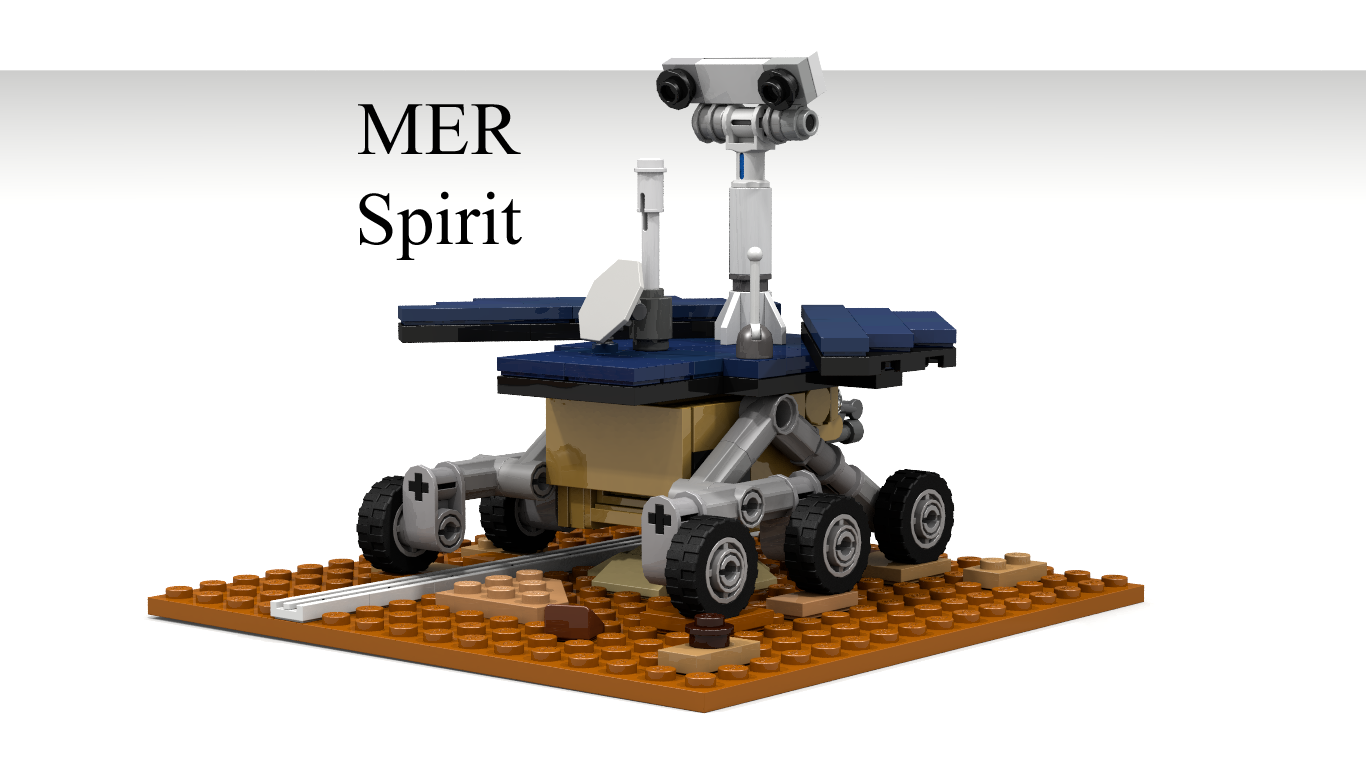 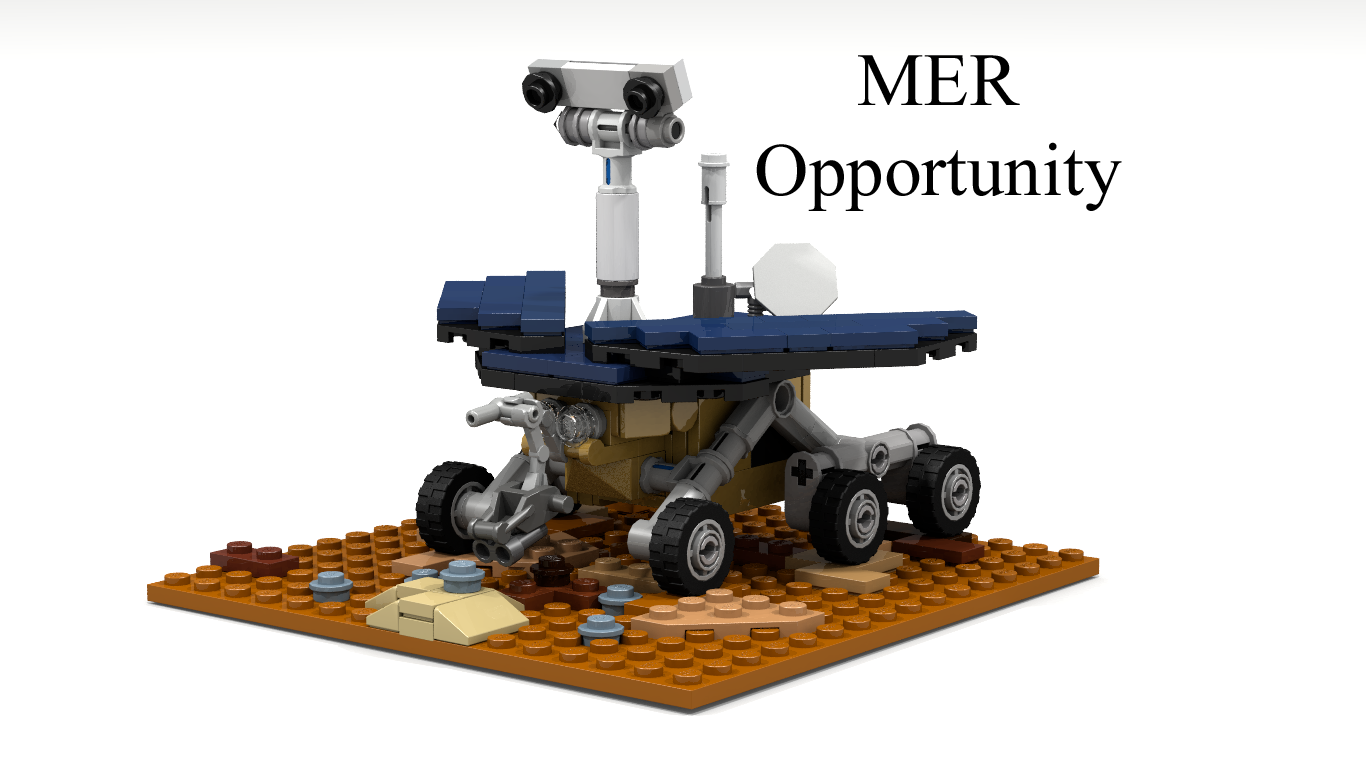