4 ft The Legend of Zelda: Twilight Princess Bridge of Eldin 2.0 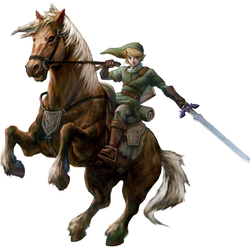 Hey!  Listen!
If you are among the many fans who long to see official Zelda themed LEGO sets become a reality,  then you've clicked on the right project!
This is a 1/2 scale (relative to LEGO minifigures) exact replica of the iconic bridge from one of Link's most treasured adventures:  The Legend of Zelda:  Twilight Princess.  This set features scrupulous detail on a microfigure scale as well as several unique play functions making it a fantastic candidate for The Legend of Zelda's LEGO debut.  Take a look below to learn more!
Details:

With that, my fellow adventurers, I invite you to bravely draw your computer mice, aim your track pads, and join me in a noble quest to immortalize Hyrule in LEGO bricks!

Keep an eye out for future LEGO Zelda projects as there will be more to come!

I welcome all feedback and suggestions so feel free to leave comments to this effect.  THANKS SO MUCH to all supporters!