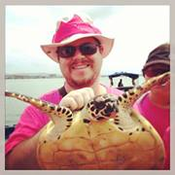 The new Star Wars movie has gotten a lot of people excited.  I am no exception.  I am a lifelong Star Wars fan, I grabbed all the early Lego Star Wars sets in 1999 and 2000.  I still have them and now get to play with them with my own kids.

When the trailer for "The Force Awakens" was released I pored over the details, updated pieces of vehicles, the people.  i was excited to see the new X-wing.  I made a physical model but was limited by my personal collection so I decided to give LDD a try.  This model is the result of that obsession.

The X-wing's S-foils are now one wing that splits.  The engines are shaped to become a single cylinder when the s-foils are closed.  This is a tricky build using only existing parts.  The angle on the body flows directly into the canopy. No existing canopy would work so this one is angled to try to mimic the shape.

I also looked at the original announcement from JJ Abrams in front of the new X-wing and noted the landing gear, colour scheme, engine intakes.  This is all represented in the model I have created.  It is difficult to make the model look correct both in flight and on the ground so I aimed for the middle and left the landing gear visible.  It is functional, it supports the weight of the ship but it also retracts for flight.

I had a lot of fun making this and I hope you like it.