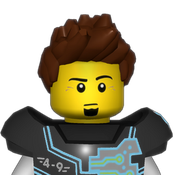 By ImperatoreRagazzoTimido
43 comments
Story:
Returning from a long journey to seek their fortune in far away lands, Svetonius and his daughter Clotilde find an old abandoned building on the way to their home town and decide to restore it, thus giving life to their dream of owning a tavern and in memory of the old times, when they lived and worked at the Castle for the noble, they decide to call it " Royal's tavern". Time goes by and people start going to the tavern more and more frequently; surely the most frequent visitors of the place are the carpenter George and the stable hand Ash who meet here after a hard day's work to eat a generous and restorative meal together. Once the watch is over, even the brave Lucius and the young Dinadan, two valiant knights of the king, go to the tavern attracted by the scent of the cake cooling on the window sill, and have a refreshing drink, while their wonderful horses drink fresh water at the trough. While Clotilde keeps the inn running, the careless old father, when is not making strange drinks at the tavern, often goes fishing and unknowingly feeds his daughter's cat who very willingly steals the fish from the back tavern where Svetonius is drying it. The soldiers enter the tavern and are immediately greeted by Svetonius who promptly is already preparing their usual order while the two, crossed the room with wooden arches and passed next to the decorated fireplace, on which you can admire the old sword of the family, in which is cooking a turkey, sit at the table waiting for Clotilde arrives to ask what they want to eat. If you are too tired or you have been traveling for a long time upstairs there are 2 bedrooms where you can rest, a bathroom and a mysterious locked room where only Svetonius and his daughter can enter, in this room there are tools and Svetonius' old heirlooms, heirlooms of an ancient time he was part of when he was young: a trunk containing a worn-out forestman's hat with black feather and, hidden behind the chimney, flue among dust and cobwebs is an old, but not as old as Svetonius, knight armor.
If you think you are part of this magnificent world made of great realms, fire-breathing dragons and epic battles and want to try your hand at building a part of it, this is the set for you!
FEATURES:
Includes: 2985 pieces developed on a 48x48 baseplate , 7 minifigures and various animals.
The building is modular and is conveniently divided between the various floors by removing the roof and then also the base of the second floor including the arches that make up the ceiling of the room on the first ground, thus giving access to each of its parts to be admired and played with.
Let yourself be guided by the child in you, together we can rebuild that magic.