Sauron the Lord of Mordor 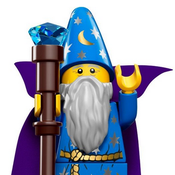 Ash nazg durbatulûk, ash nazg gimbatul, ash nazg thrakatulûk agh burzum-ishi krimpatul... Okay, okay I'll stop. Hello Lego fans, my name is Jack and I am so excited to be sharing with you my first ever Lego ideas submission. After 3 years of planning and building and from the darkness of Middle Earth I have brought to you Lord Sauron. I am a massive fan of Lord of the Rings having read the books and watched the movies hundreds of times. Without further ado...

FEATURES: My proposed idea for a Lego ideas set (Sauron the Lord of Mordor) comes with a movie accurate poseable Sauron figure that has over 20 points of articulation. The Sauron figure is in 1/8 scale and measures exactly a foot in height or 30cm. The build uses both system and technic pieces in order to create sturdy joints in places like Sauron's arms and legs. The colours are consistent throughout being bluish grey with light grey aspects in places and some pearl silver pieces which have been scattered around. Using different shades of grey (not 50) gives the figure more depth. I have used over 10 minifigure sword pieces to recreate Sauron's menacing and iconic helm and a variation of spike pieces for his chunky shoulder pads.  Two large black capes taken from set 70212 Chi Sir Fangar have been put to better use and now act as part of a Dark Lord's costume. Sauron would not be Sauron without the one ring right? Sauron actually wields the one ring in this set and one can even slice it off with the "Flame of the West".

In addition to the buildable Sauron figure, this set comes with a textured base plate that resembles the harsh landscape of Mordor with dead shrubs amidst clay-like soil, jagged rocks and molten lava that spurts out of the ground. There are noticeable idents in the base plate  which actually secure Sauron's feet when he is displayed on top of it. This way there is more stability when posing this mighty Lego creation. The base plate is 169 cm^2 in area.

Another add-on is Sauron's mace of destruction. This is a deceptively simple build  that becomes very menacing when inserted into either of Sauron's claw-like hands.

This has been such a fun project to work on for the last few years and it has put all my Lego designing skills to the test. The Lord of the Rings line of sets were short lived and I miss them as do many other Lego fans. Sauron in his armoured form is a character that was never really featured in any of the sets only in the Lego games. This is my best attempt to bring it to you. While there have been Sauron builds before, none compare to this new and anatomically correct model at 1/8 scale.

This would make a great set for any Lego fan or collector with extreme attention to detail and with multiple functions. Posing this Dark Lord never gets old and with this set, you too can rule Middle Earth.

If you have any questions then feel free to comment down below. I hope you have enjoyed my Sauron build 😄