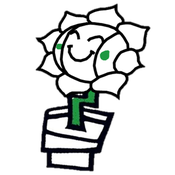 By YnsomniacTypho
39 comments
The set includes Shrek's Swamp as seen in the first movie. It features Shrek's House, Some stairs and the iconic Shrek's bathroom from the first scene in the film.
The house can be open in half, and inside you can find the kitchen, the bedroom and the living room, as well as some playfeatures, food and forniture.
This set allows you to replicate the first scenes in the movie, Shrek living his lazy life in his Swamp, but it also includes characters from the following scenes leading you to play with more situations of the movie.
Shrek is one of the best franchises from the Dreamworks production company. It was the first great success of the production company reaching $ 322.7 million in the United States and the rest of the world 476.2 millions.
Shrek has a special meaning for us, it is a movie that everyone likes, everyone who knows the story of Shrek loves the character and they would be delighted if Shrek comes to LEGO.
Shrek is very beloved for everyone, we love specially the acting of stars as Cameron Díaz, Mike Myers and Eddie Murphy. Even in Latin America, because it is one of the best dubbed movies ever.
We chose Shrek to make the set because he is a very loved character, and we know that if he came to LEGO it would be something that fans and not so fans are going to love.
We tried to make our set as creative as it could be. It is totally based on the first movie of the franchise. We made our best effort in the style and the image and presentation of the minifigures.
This set have three minifigures:
Shrek
Fiona
Lord Farquaad
And one buildable figure of Donkey.
The set includes around 850 pieces
This set was made in colaboration with the user XW2387 who is responsible for 50% of the work and should receive 50% of the credit and benefits that this set could have.