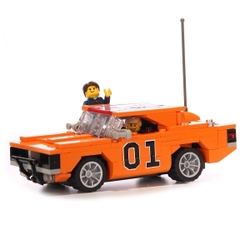 By Stanley-Efu
16 comments
"KITT get me out of here!" Michael Knight calls his pal KITT to save him out of a dangarous situation. David Hasselhoff plays Michael Knight in one of the best TV-series from the eighties, and i'm still a big fan: KNIGHT RIDER!
I designed and build a 7-wide minifig scaled model of KITT with only original LEGO bricks.
Buy using SNOT-technique (Studs Not On Top) I placed the lower midsection upside down to create the smooth curved shapes. Enjoy this model! 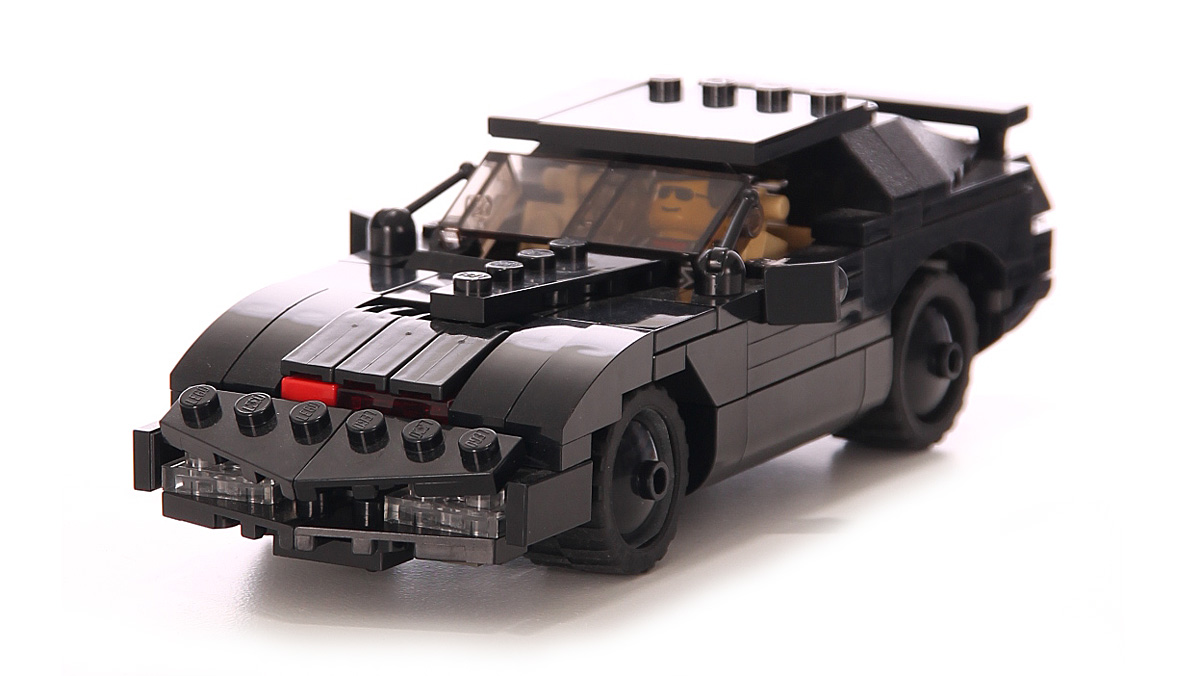 The undestructable Knight Industries Two Thousand is a modified 1982 Pontiac Firebird Transam with many futuristic features and a friendly character due to his talking skills and designed to protect his owner: Michael Knight.
Did you notice in the Lego model the 1x1 bright red tile to suggest a working scanner? 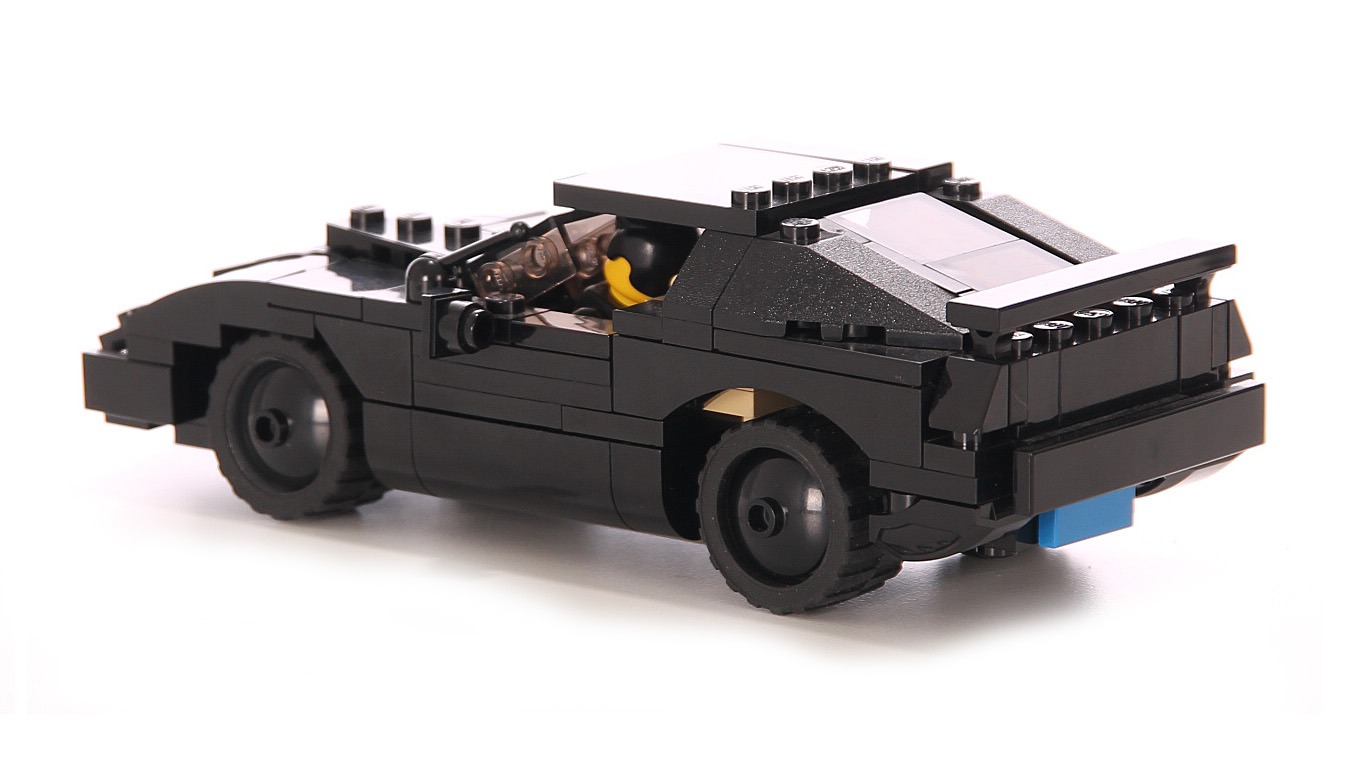 The smoked glas rear window fits perfectly between the two corner-bricks.
I tried using smoked glass taillights, but in real they are so dark that using just black bricks gave the best result.
Adding a original KNIGHT license plate would give a nice touch (see picture #5). 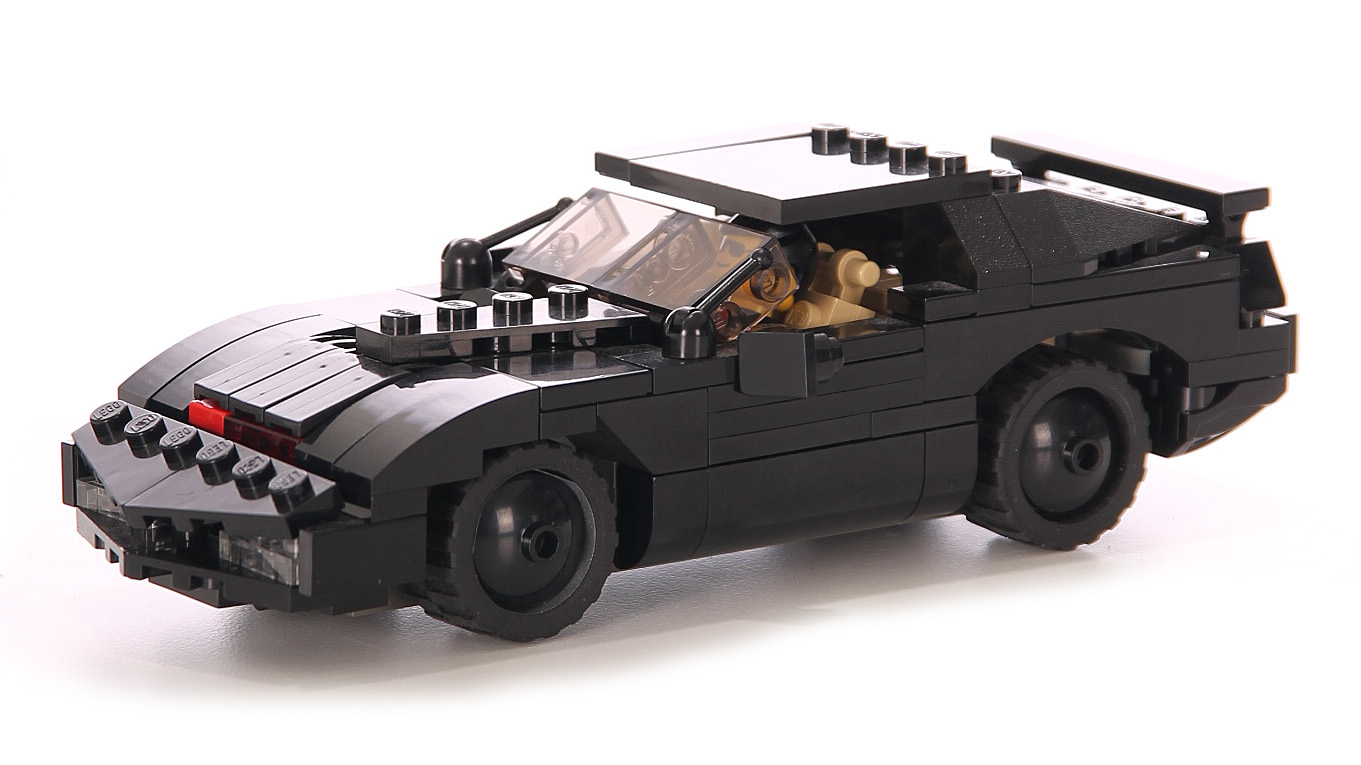 Michael is relaxing on his tan coloured seat while KITT drives him to the next person in need.
Wouldn't it be nice adding KITT to yout collection or LEGO city? 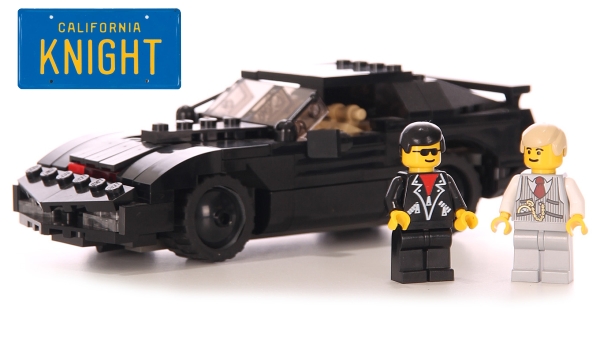 Devon Miles is Michaels boss, and also his good friend, so he has to come with the set. I made the minifigs with original parts, but I can imagine the Michael Knight minifig can easily be personalized with facial features, a nice big black curled hairdo and some serious chesthair ;-)