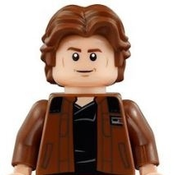 Lego has 3-in-one products, but they don't have enough products that can you can transform into something else without having to rebuild the entire model.  That is why I hope this transforming mech will one day become a Lego product.  This mech can transform into an armed sports car.  All the parts of the mech can bend and twist in order for the mech to transform into the armed sports car and the sports car into the mech.  The transforming instructions are in the photos above.  The mech and the sports car have an easy-to-operate spring dart shooter.  All you have to do to operate the shooter is to load it and press a button on top to fire the dart.  On the other arm of the mech there is a cannon which is also on the sports car.  The legs and arms on the mech are both moveable.  The arms can go up and down; the legs can bend backward at the knee and move forward and backward at the hips.  The ankles can bend in order for the mech to transform.  The head can twist in a 360 degree circle.  The mech and sports car are detailed as well as being able to transform.  They have a lot of transparent elements and the main colors are orange and white which makes them look pretty cool.  I hope you like this Lego model and please don't forget to support it above.