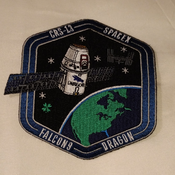 The Atlas V rocket has launched many prestigious scientific payloads to deep space, including the Mars Science Laboratory (the Curiosity rover), the Juno mission to Jupiter, and the New Horizons mission to Pluto.

This model can be arranged into any of the six Atlas V configurations using a 5-meter payload fairing, and features modular, removable Solid Rocket Boosters and a detachable payload fairing.

421 pieces are used in this model, all of which are official LEGO bricks or elements.

Standing at a height of 38 centimeters/15 inches, this model is roughly 1/160 the size of a full-scale Atlas V rocket.

Please be sure to support and share this project if you want it to become a LEGO set!

Thank you for reading, and I hope you enjoy my project!