Captain Underpants Attack On The School 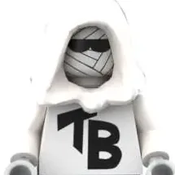 By TimeBrother
20 comments
This is idea is Captain Underpants (an underwear wearing superhero) fighting off super villains attacking the Jerome Horwitz Elementary School, based on the books by Dav Pilkey. I built it because the books were a fun part of my childhood and I think that this would be a great LEGO set for kids who found the books funny or the movie or for others who reminded them of when they were younger.
The minifigures included in this idea are:
Captain Underpants
George Beard
Harold Hutchins
Benjamin Krupp
Melvin Sneedly
Professor P. Poopypants
Zombie Nerd
Mr. Meaner
Ms. Anthrope.
Other characters are:
Crackers, the purple pterodactyl.
The Dandelion of Doom.
A couple of talking toilets,
and a couple of Dr. Diaper's robots.
I also included Professor Poopypants' Gerbil Jogger, Melvin's Octopus time machine, the Purple Potty time machine and Sir Stinks A Lot's (Mr. Meaner) robot suit.
I also put some references from the books and movie in the build.
I think this would be a really great set, so please support this idea and tell your friends.
TRA LA LAAAA!