By skypilot22
6 comments
Formed in 1940, the British Army's Long Range Desert Group (LRDG) was responsible for carrying out daring reconnaissance missions deep behind enemy lines, first in the North African and later in the European theater of World War II. The Chevrolet 30CWT was one of the workhorses of the unit, patrolling the Sahara throughout the campaign and monitoring Axis troop movements. This version of the rugged Chevy 30CWT is ready to take on the unforgiving terrain, packed with all the essentials of desert survival. The truck is 270 pieces and includes plenty of gear used by the LRDG:

It's also completely unarmed, so if you prefer civilian operations, it's perfect for just exploring the desert!

Non Vi Sed Arte - Not by Strength, by Guile 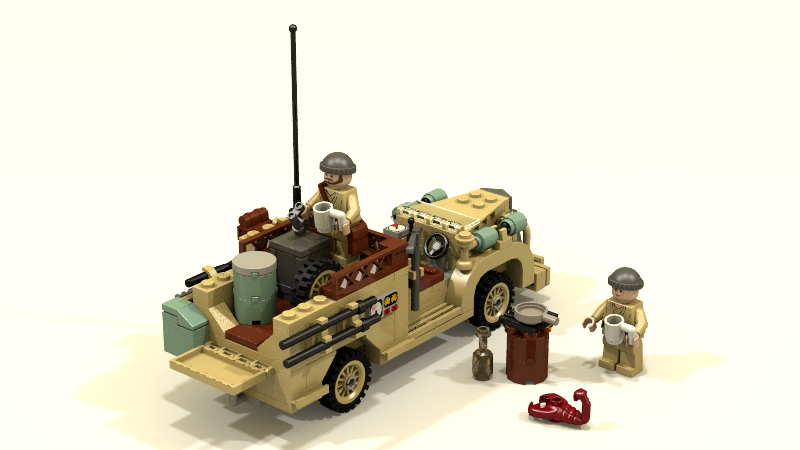 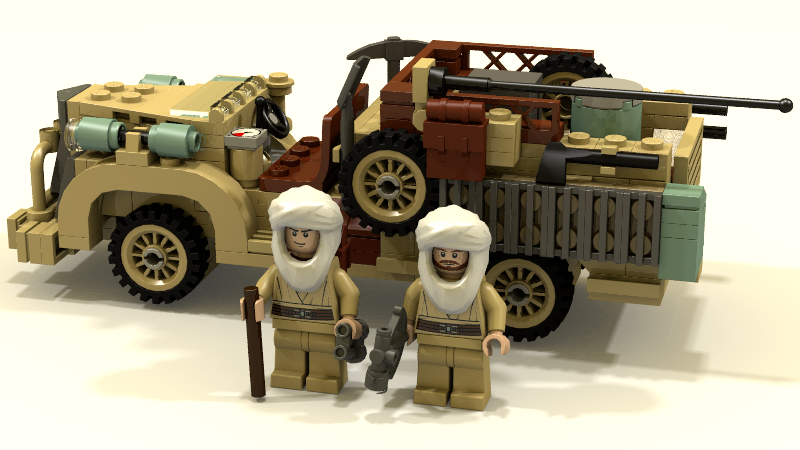