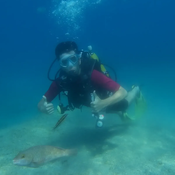 In the years between the two world wars electric trains became a valid alternative to steam locomotion, but for a decade some steam trains resisted thanks to significant improvements to their aerodynamics and their mechanical systems, which led to an incredibly fast tecnological progress. The Pennsylvania Railroad 1600 was built in 1939 and is still nowadays the fastest steam locomotive in the world, whith an unofficial high speed record of over 200 km/h (the official one is held by the famous Mallard); it was able to carry 550 tons at a speed of 190 km/h. It was produced in different versions, from which I took inspiration to build a restyling of this historical train.