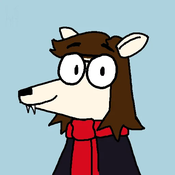 By leMusky
21 comments
Moscow, capital of the Russian Federation, and the second largest city in Europe, with over 12.5 million people. For a city so famous, then why not to have a dedicated Architecture Skyline set?
It contains 694 pieces (without the brick remover and spare pieces) and one exclusive printed piece (the 1x8 name tile). Here's the list of the buidings in this set, from left to right:
As a LEGO Architecture fan, I'd love to see more sets of this series being released (even more the Skyline subseries), and I'm certainly not the only one wanting it! If you like the Architecture series, I'd truly appreciate your support, it would be great to see this set officially relased!
(Also, wasn't the latest Skyline set of an european city released in 2019?)