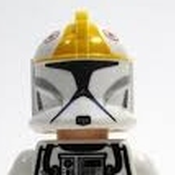 The T-class planetary transporter is a mode of transport approved in the year 2467 for travel over a planet's surface. The transporter seats 3 people including the driver, and has lots of room for various cargo. The transporter runs on alternitive fuel to power its four large engines.

The features include opening flaps to reveal space for cargo, a drivers compartment with room for a minifigure at the front of the craft and landing legs which fold into the underbelly of the craft. The model includes one pilot minifigure and one maintenence robot. I believe this would make a good lego set because children would enjoy swooshing it around and playing with the features, such as loading it up with cargo and having minifigures sit inside. In addition to the play features, it would look great displayed on a a shelf for collectors.

Though the set looks complex, it would be fairly simple to build as it has a solid base and not too many fiddly pieces on it. I would reccomend the age rating for 9-14. In designing the set, I would reccomend working from the base first, then the front and back, and finally the roof of the interior. The most complex part of the build is probably the roof as it has lots of clips connecting it.