Stop the Hero! Board Game 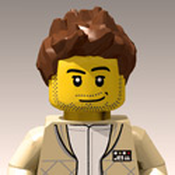 Stop the Hero! is a Lego-based board game for children and adults alike. In a twist on the classic “dungeon crawl” theme, three players assume the roles of monsters who inhabit the dungeon, and must work cooperatively to stop the fourth player, the “hero,” before he or she collects all of the dungeon’s treasures.

Since a great deal of player satisfaction and replay value come from an experience that’s varied each time, Stop the Hero! is designed from the ground-up to be highly customizable.

The paths that players navigate on the game board are made up of tiles that can be easily shuffled around to create new maps, while the larger plates they sit on can also be arranged in dozens of ways. Players can follow map designs included with the game, but are encouraged to get creative and come up with layouts of their own.

On top of this, players can adjust the difficulty or length of gameplay by choosing which pieces to use. To make things harder, remove the magic potions and lock up important treasures. Or to make things easier for younger players, reduce the number of treasures required to win, remove the hazardous traps, and use a smaller game board.

Further still, players can use pieces from their own Lego collections to add custom characters, items or traps to the game. Want to add a deadly kitten chamber, or a magical pizza item, or grandpa? The more personal touches you create, the more unique and special the game becomes!

The game has four playable characters—the bat, the spider, the scorpion, and the hero. The monsters are slower and less powerful than the hero, however their strength in numbers keeps things well balanced. Each character has its own basic traits represented by numerical values. These are speed (how many spaces it can move per turn), strength (what kind of advantage it has in combat) and health (how much damage it can take before dying).

In addition, each monster brings its own unique abilities to the table. The bat can safely cross any traps, the scorpion can pick up treasure and move it somewhere else, and the spider can place down webs to slow down the hero. Players must work together to use these different abilities to achieve their goals. This concept is especially valuable for young players, as it teaches them cooperative thinking skills.

Scattered around the map are various magic potion bottles that can be picked up by any player. Each potion offers unique benefits, such as doubling a player’s strength or speed, or making him or her immune to a certain type of trap. Included in the game are the speed potion, strength potion, health potion, fire potion and water potion.

The primary objective for the hero is to collect all five golden artifacts, or treasures, on the map. These are the goblet, the crystal, the lamp, the key and the axe. If he or she does so before being killed by the monster players, the hero is the winner and all of the monsters lose. Conversely, the monsters all share a victory if they are able to kill the hero before he or she completes the quest.

This occurs whenever a monster collides with the hero, and is an unavoidable event that must be played out to help progress the game. The intended outcome of a combat is to decrease the opponent’s health points, and sometimes to make him or her drop a special item that’s being carried at the time.

As in many similar games, the outcome of a combat is determined by a combination of a die roll and the opposing players’ strength traits. In addition, the benefits of certain potions are specifically tailored for combat, particularly the strength potion for fighting, and the health potion for dampening the effects of a combat loss.

Among the many generic map tiles are a few unique ones designed to add difficulty and danger to the maps themselves. Locked gates prevent passage on certain paths unless a player is holding the appropriate key. There are three flavors of gates & keys—gold, silver and bronze. Once a player passes through a gate with the right key, the gate is removed from the map and the path is permanently opened.

There are also three distinct traps which can be placed on the map—lava, spikes and water. Each of these presents a physical gap in the path and poses a high risk of injury to players who attempt to cross it. Attempts to cross are made by a roll of the die and only have a 1 out of 6 chance of success—otherwise the player loses a bit of health and doesn't access the other side on that attempt.