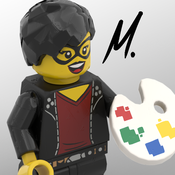 The Tony Hawk (or THPS) video game franchise began on August 31st, 1999. The first THPS game developed by Neversoft and published by Activision, brought the excitement and culture of the skateboarding scene into millions of people's homes. The attitude, the energy, the art, and even the music associated with this sport were all represented. With it's easy to understand and action packed gameplay, it even attracted players who had no interest in the sport otherwise. This year, marking it's 20th anniversary, fans still go back and play these games and marvel at how fun and engaging they are to this day.

A legendary figure in the world of skateboarding, Tony Hawk is known around the world. He famously became the first skateboarder to perform the 900, one of skateboarding's most technically demanding tricks, at the 1999 X-Games. This was the same year his first video game was also released.

The very first level of Tony Hawk's Pro Skater is called the Warehouse. As the name suggests it is a warehouse which has been repurposed as a skatepark, with many easily accessible quarter pipes, rails, ramps, obstacles, and a secret room hanging over a large halfpipe. It was the perfect introduction to the game, and is instantly recognizable to anyone who played these games. The Warehouse has even made multiple appearances throughout the series in many forms, including Tony Hawk Underground 2, in which it was doubled in size and used as a training area.

I wanted to recreate the Warehouse level to celebrate 20 years of this wonderful franchise, which I feel changed my life. It is not a full size playset, but a small display. It fits snugly on a 32 x 32 plate and the walls are cut in so you will be able to see everything at once.I think would be a great way to show your love and nostalgia for such a great video game series, and a legendary extreme sports figure.

So here I am, doing everything I can to make this set a reality. Try and keep the answer more than maybe, and together we can show our love for such a wonderful piece of video game history, and a skateboarding legend!