Pack up all your gear and head out into the bush with the rugged Land Rover Defender! Features opening side and rear doors, opening roof hatch, lots of equipment, seating for 4 minifigures, extra cargo space in the back, roof cargo rack, two spare tires, front and rear spotlights and detailed interior.

This set was really designed more to scale with the Creator vehicles than minifig-scale, but small enough and packed with enough play features where it would still be a fun set with minifigs if you wanted to include them. It would be roughly the same scale as other Creator 8-wide vehicles like 6913 Blue Roadster.

The civilian version in the main picture is 396 pieces (scenery not included), the firetruck is 389 pieces and the crew cab firetruck is 343 pieces. As a Creator set it would probably sell for around $30 USD.

For more pics, visit this project on MOCpages! 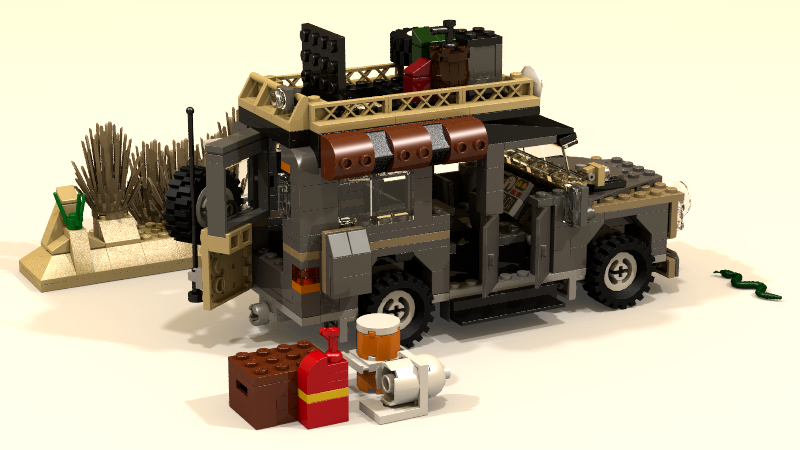 Opening side and rear doors and roof hatch 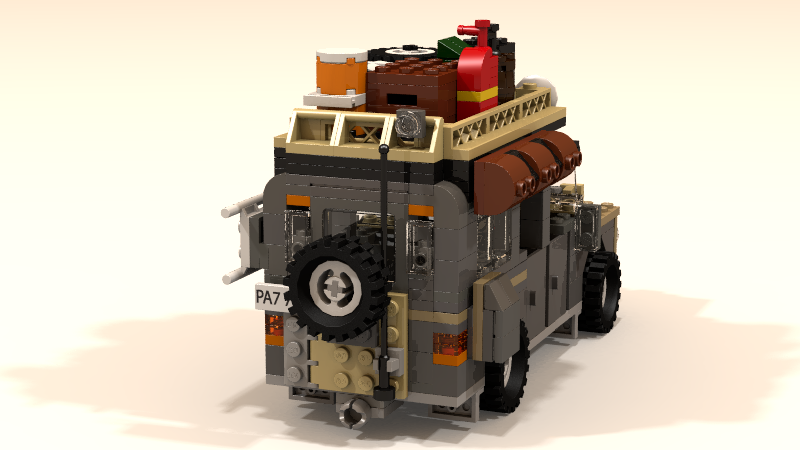 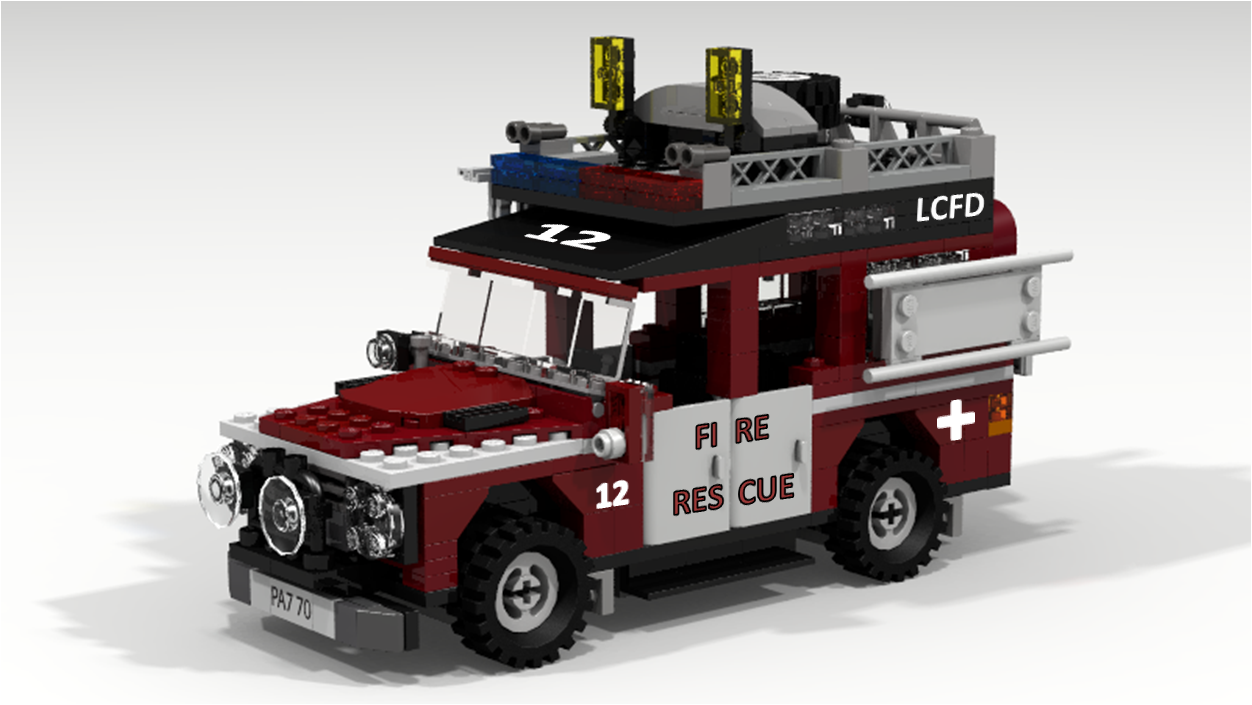 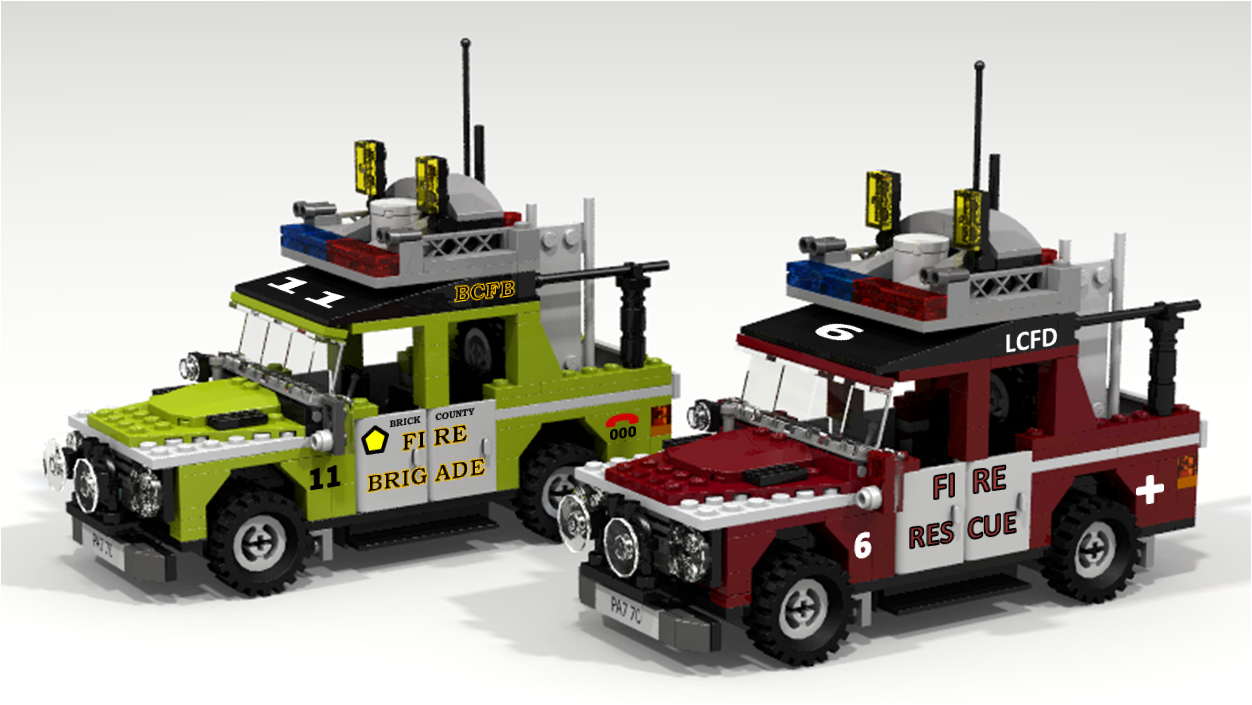