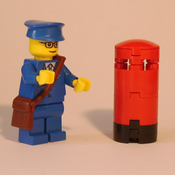 By AySea
0 comments
This set idea is a pack of street furniture / accessories for a Lego city. My initial thoughts were for the pack to contain a British post box, a litter bin, 5 street lamps and enough parts to make at least 4 street name signs.

Included in the designs on this page are a number of parts in colours that Lego haven't produced yet, aswell as the printing on the tiles for use as street name signs.

From a little feedback elsewhere, I am adding a few other designs for people that don't want a British style post box and then if this reaches 10,000 votes, it'll be up to the Lego design team to decide.

First up are the different post box designs. Minifigs shown purely for scale. 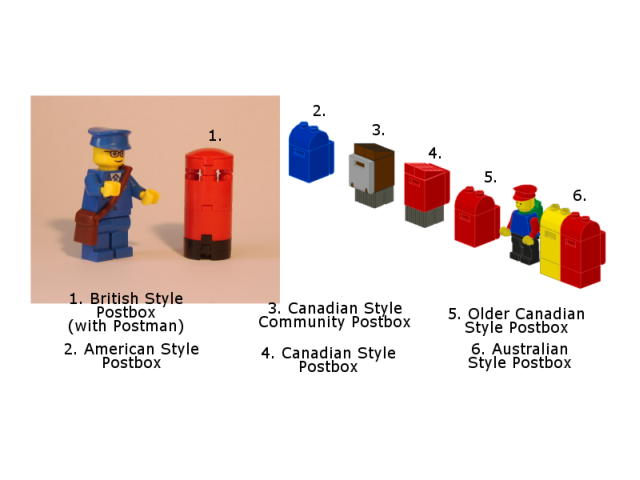 The design for Lego tiles with street names printed on them is shown below. By having the first part of the name on one tile and the second part of the name on another tile, they can be mixed and matched to create a variety of different street names.
For example, by having eight tiles each printed with a different word (four (4) starts and four (4) ends) there are sixteen (16) possible variations that could be created. That way, everyone's Lego cities can have a number of different street names and easily allows the possibilty of buying multiple sets without having the problem of ten streets all with the same name. 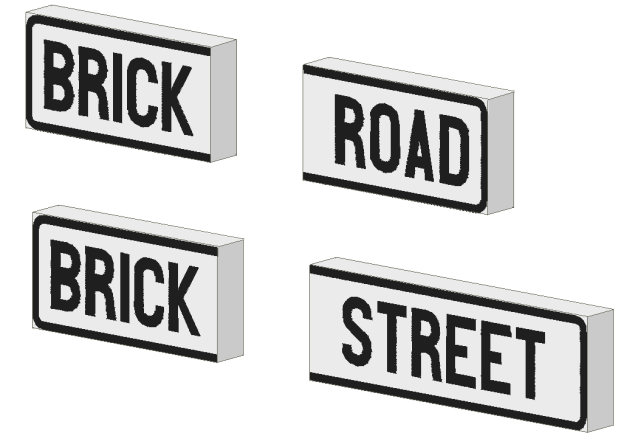 I'm happy to hear thoughts and opinions on how I could improve the set idea. Thanks for viewing and thanks for any votes this project gets.