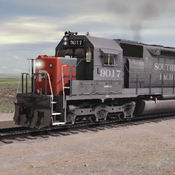 What it is: This is an idea for a Lego Toyota Prius.  It is the second generation model produced from 2003 to 2009, and is built to have some detail while still being a solid toy that kids can play with. Picture 3 shows the chassis and picture 4 shows the underside of the body. They both show the simplicity of the structure and yet you still get the outer details. Picture 5 shows the custom taillights included. From left to right; Factory, Tinted, all red, and all clear. These are all assemblies comprised of two 1x1 square plates and a 1x1 slope. They are designed for easy changing. Picture 6 shows the two hubcap designs. On the left is the Factory (the real Prius does not have hubcaps, but the design is a part of the rim), and on the right is a fancier hubcap design.
Why I built it: I built this because It’s my favorite car, and I haven’t seen a Lego set of the Prius, albeit people build them a lot (I’ve seen pictures on the Internet) I haven’t seen it on Lego Ideas either.
Why I believe it would make a good Lego set: I think this would make a good set because of the above, and it’s a fun toy for a kid, and a good display model for an adult. Toyota created the Prius as their first hybrid partly because they were motivated by President Clinton’s want for America to have a more environmentally friendly car in 1993. So they created the Prius, in 1994. The first generation model was produced from 1997 to 2002 when, in 2003, the second generation came out. I feel like Lego just hasn’t embraced hybrid and electric vehicles like the Prius, and the Chevy Volt, and the Tesla Cybertruck. I feel the same way as BricknNick. Cudos to him by the way, for his Cybertruck!😁
Please support this idea! Thank you all!!
To learn more about the Toyota Prius, visit www.Toyota.com.