This is my tenth set of CHIBO'S. This time featuring a set of 3 characters from Teenage Mutant Ninja Turtles.

Leonardo (Leo) – The courageous leader and devoted student of martial arts, Leonardo wears a blue mask and wields two katana. He is the oldest of the four. Leonardo was named after the Italian polymath, scientist, engineer, inventor, anatomist, and painter, Leonardo da Vinci.

Michelangelo (Mike or Mikey) – Easy-going and free-spirited, Michelangelo wears an orange mask and wields a pair of nunchaku. He is the youngest of the four Turtles, and often provides the comic relief. While he loves to relax and eat pizza, this Turtle also has an adventurous and creative side. He is something of the "surfer" boy, speaking usually in a Southern California accent. He is named after the Italian Renaissance painter, sculptor, architect, poet, and engineer, Michelangelo.

Donatello (Don or Donnie) – The scientist, inventor, engineer, and technological genius, Donatello wears a purple mask and wields the bō staff. Donatello is perhaps the least violent Turtle, preferring to use his knowledge to solve conflicts. He is named after the early Renaissance Italian artist and sculptor from Florence, Donatello.

Raphael (Raph) – The team's bad boy, Raphael wears a red mask and wields a pair of sai. He has an aggressive nature and seldom hesitates to throw the first punch. He is often depicted with a Brooklyn accent. His personality can be alternately fierce and sarcastic, and often times delivers deadpan humor. Still, he is intensely loyal to his brothers and sensei. He is named after the Italian painter and architect of the High Renaissance, Raphael.

These would look great on display or great for play, so hopefully will appeal to both adult collectors as well as kids.
I have packed in as much articulation and details into these little guys as I can to make them super pose-able, fun and interesting to build.
Each stand can be displayed separately or attached together. 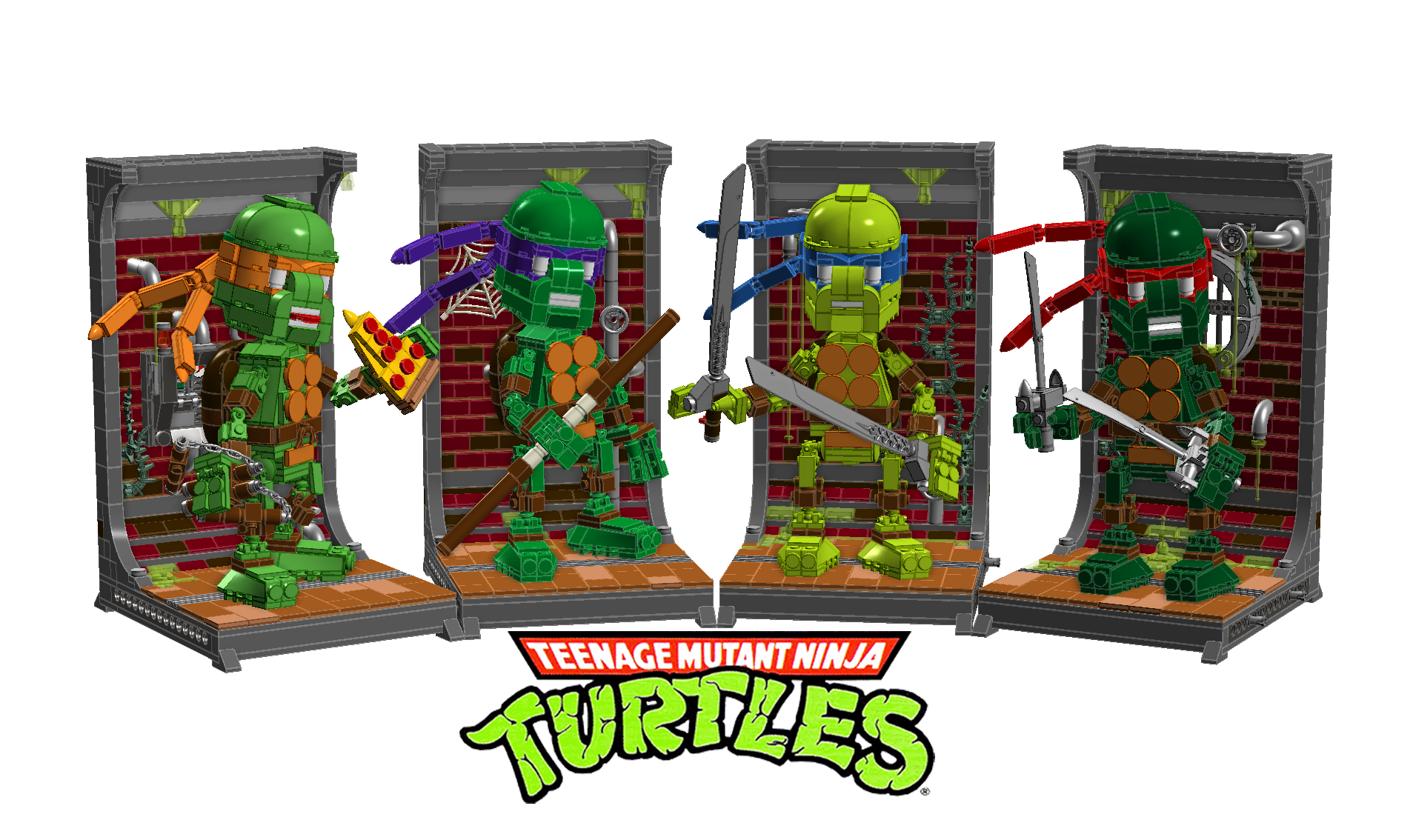 Fully detailed sewer tunnel backdrop/diorama stand for each CHIBO.
Each stand can be displayed separately or you can attach them all together. 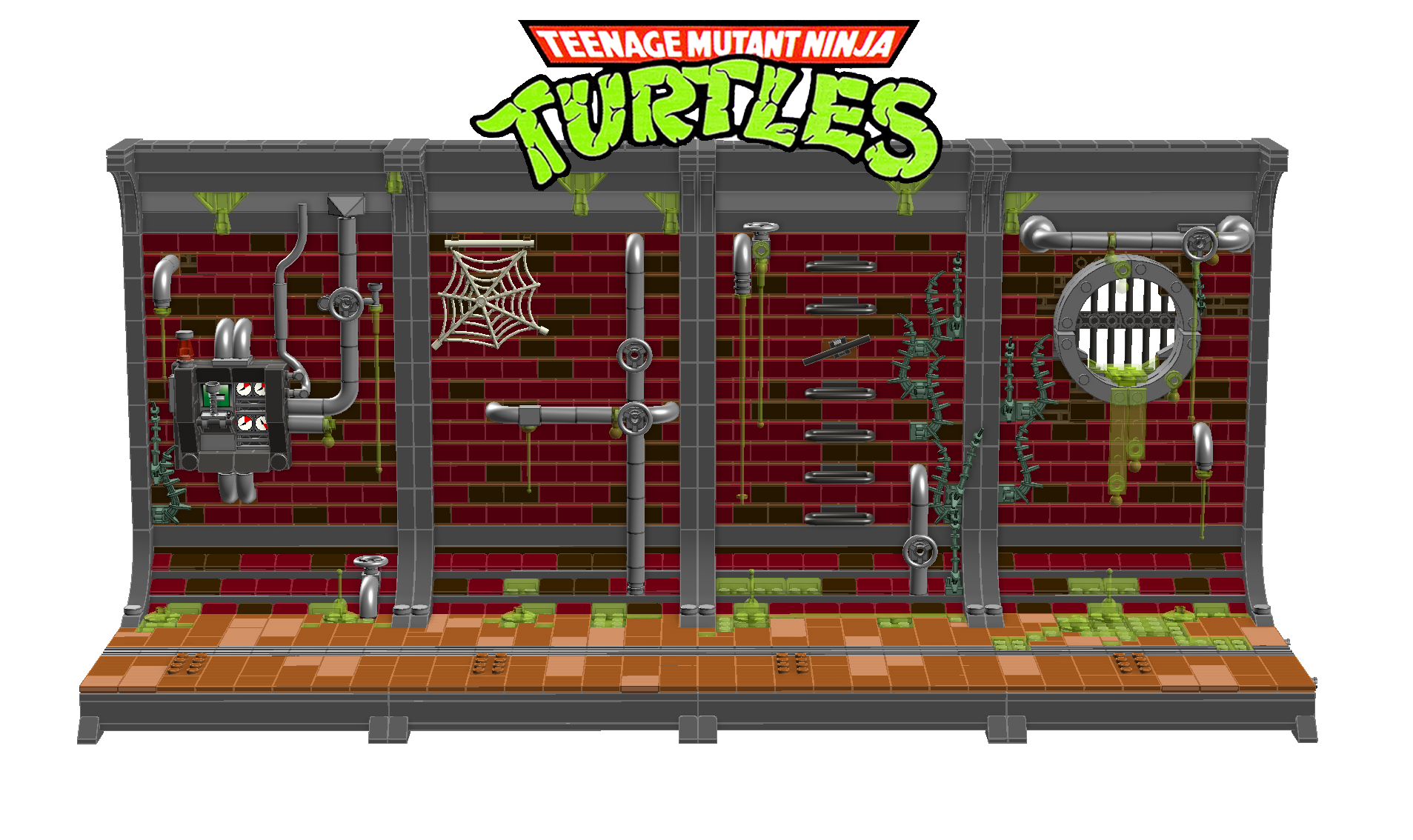 Detail view of Diorama attached together. 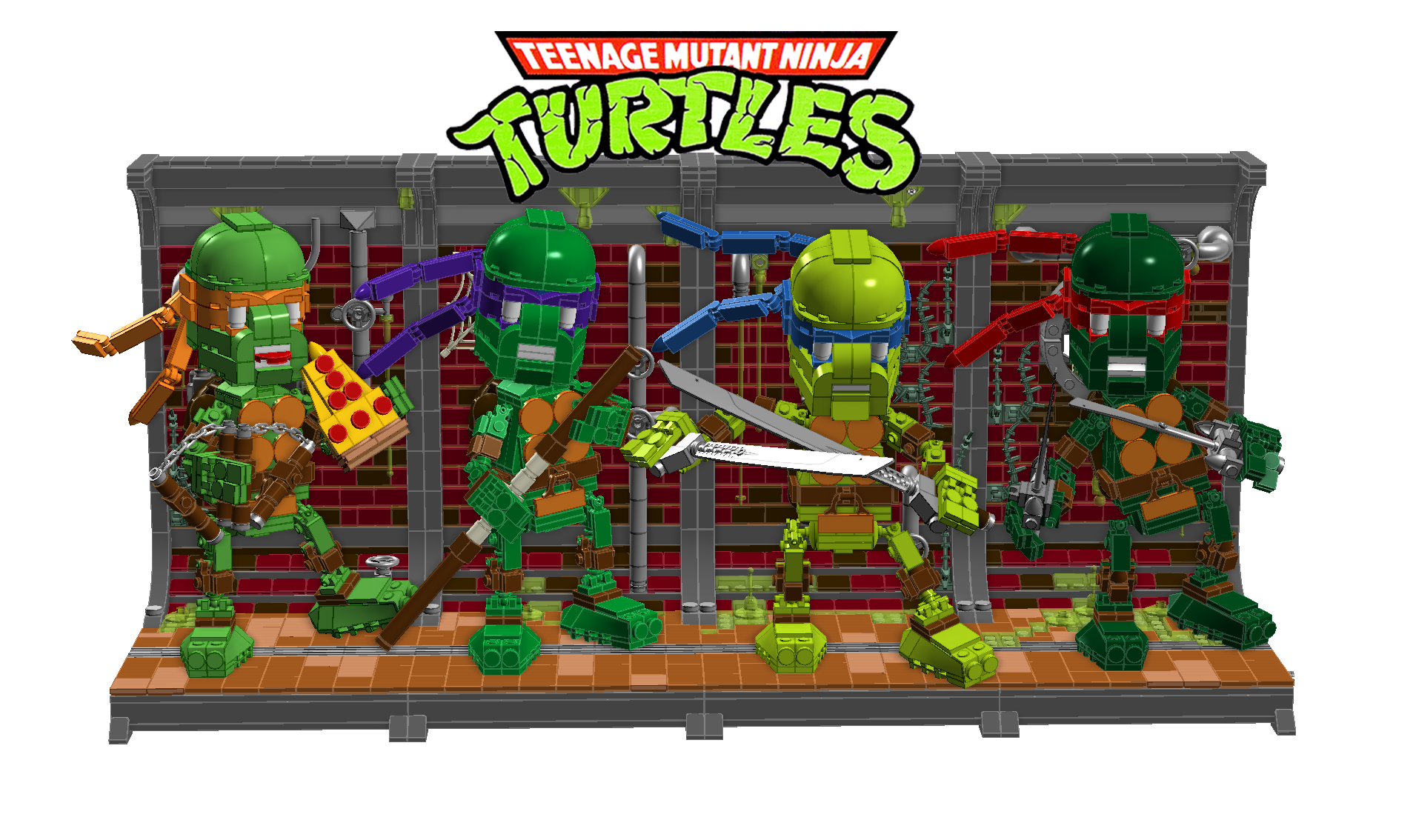 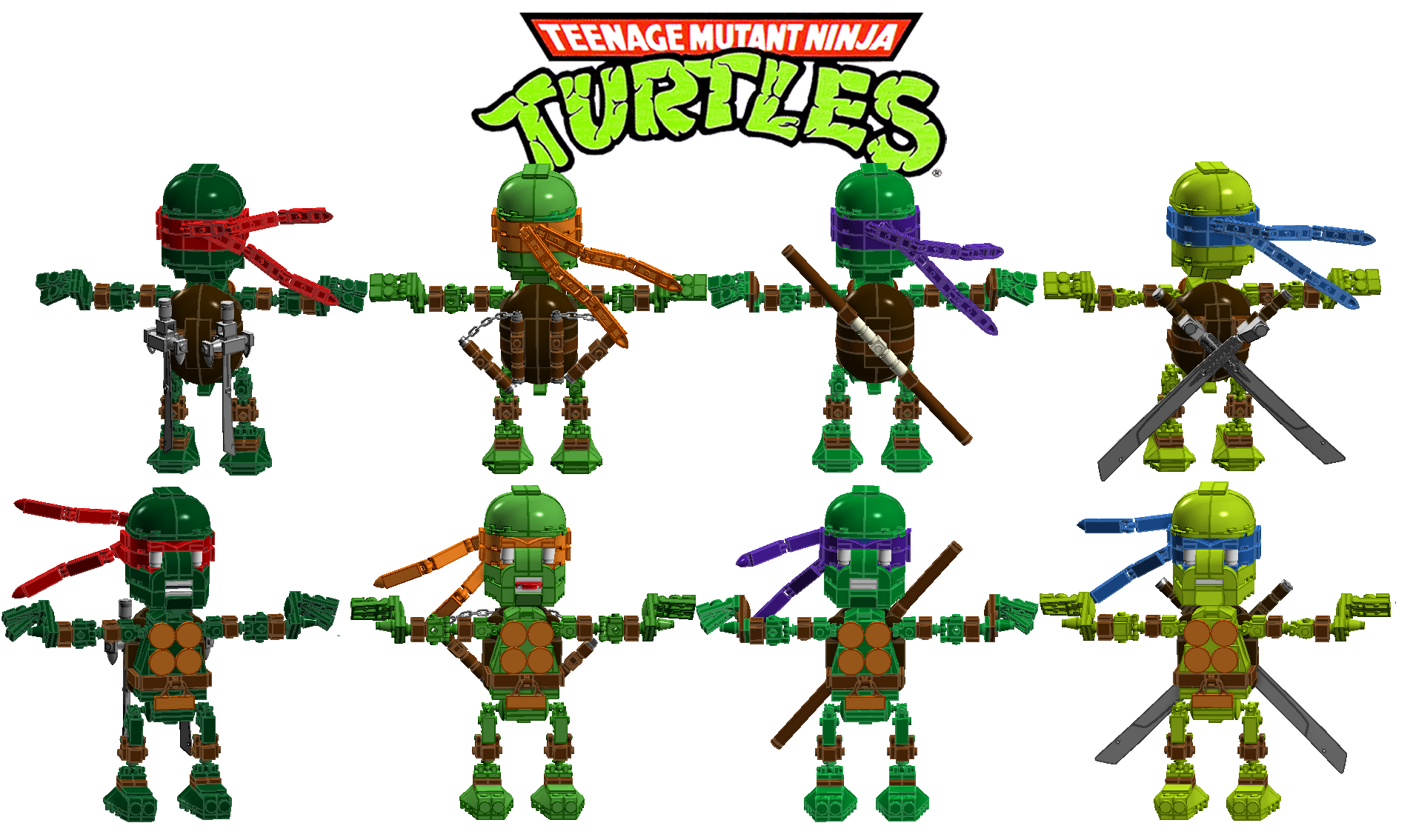 Front and back view of all the turtles.
Each one can attach their weapons to their back.