By Xendor
0 comments
This lego set is based off of the computer game Star Wars the Old Republic (SWTOR). Here, you are a padawan, training to become a Jedi Knight. When you reach the planet Tython, you meet a Jedi Master who tells you what training you will recieve. As he is speaking to you, he recieves an emergency signal on his holodisc. The native Flesh Raiders, a species of simple minded folk, are attacking. Normally, Flesh Raiders use hand tools. However, these know how to weild blasters, according to the Padawan on the holodisc. The Jedi Master then sends you out to rescue the Padawans. As you are out there, you begin finding these cages containing Padawan, guarded by armed Raiders. You then move in.

After rescueing the frightened Padawan, you go back to your original mission, searching for the Padawan that had alerted the Jedi Master. 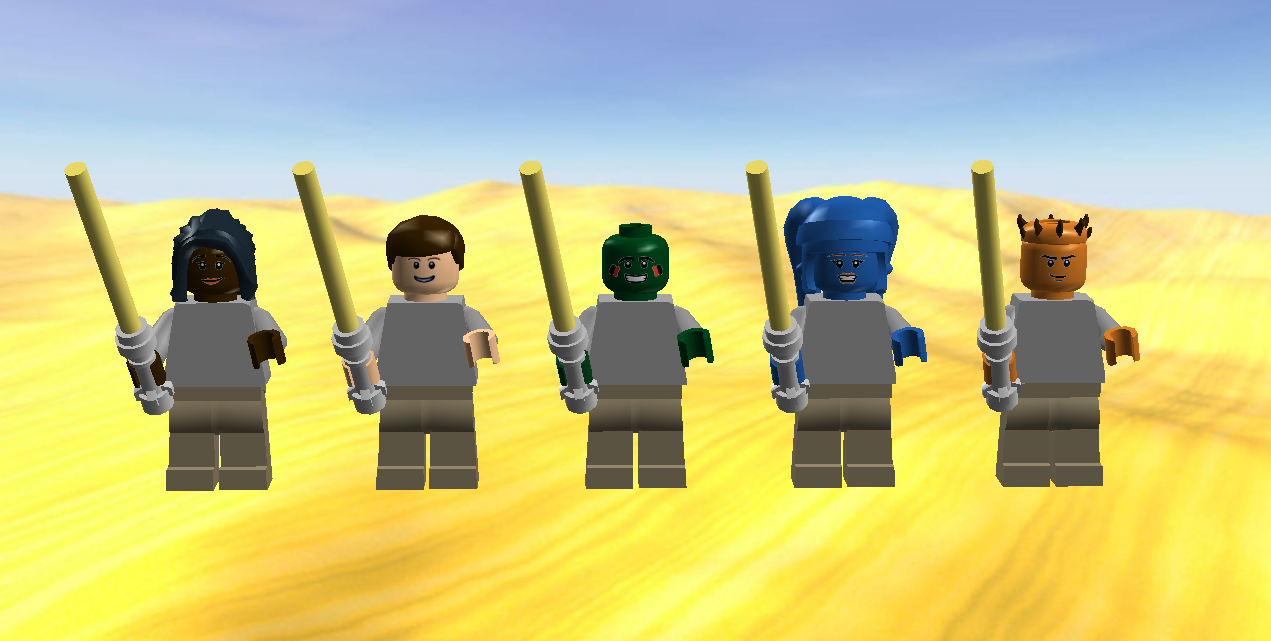 Like all the other SWTOR sets, this set comes with a single random "game" figure. For this set, we have five Jedi Knight Padawans. The first is a female Human, the second a male Miraluka (he would have a blind fold over his "eyes," because his species has no eyes), a male Mirialan, a female Twi'lek, and a male Zabrak. 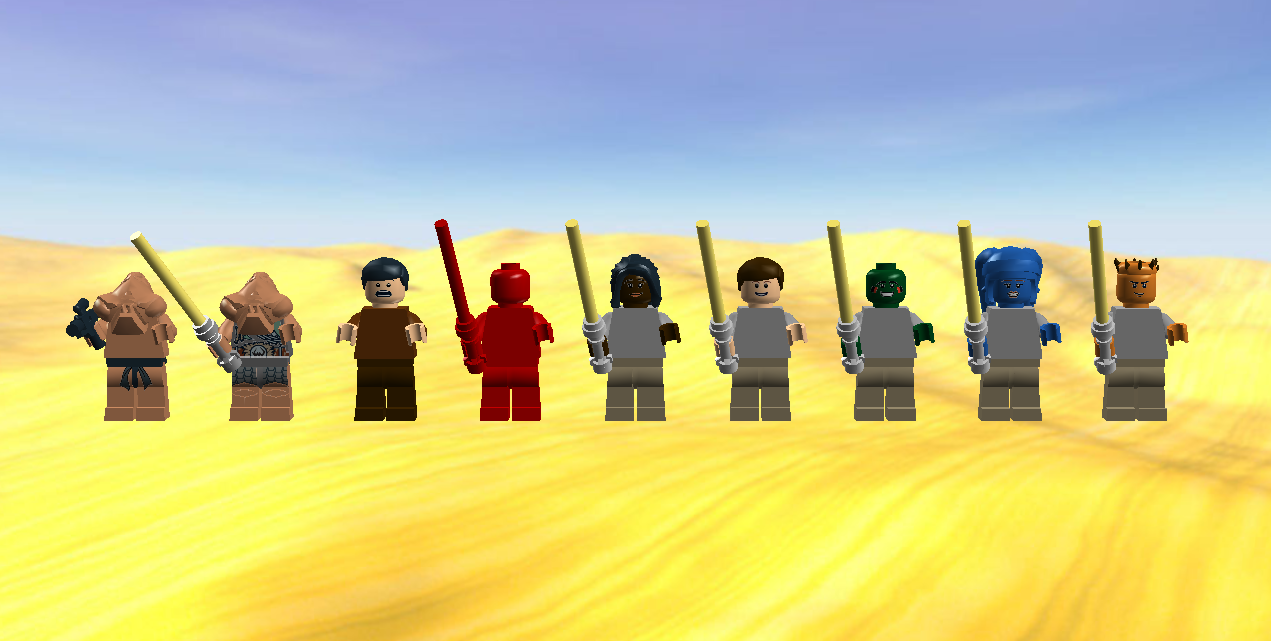 Here, we have all of the minifigures in the set. The first two are two Flesh Raiders that guard the cage. Next we have the frightened Padawan. Next to him is the red minifigure that stands for one of the five random minifigures next to it.
As you can see, this is a smaller set than the others. Even so, I hope you like it.
May the Force be with you!