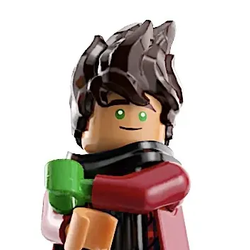 Peanuts is a comic strip created by Charles M. Schultz, featuring a boy (Charlie Brown) and his dog (Snoopy), and is one of the most popular comics in the world! On top of that, blue sky animation company released The Peanuts Movie to the public featuring everyone’s favorite characters! Sadly, the comics creator passed away. But the hilarious classic comics can still be seen in newspapers and books around the world! Snoopy and his friend Woodstock are the main characters I included in this build, you’ve probably heard of them. I also included Snoopy’s doghouse, his typewriter, and some of Woodstock’s friends. This set is great for playing with or displaying, and It would be awesome for fans all around the world to enjoy! And that’s where you come in! If you like my idea, please tap the support button to send this project on its way to LEGO review! Thanks everyone, and keep building!