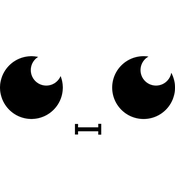 By LeonAwesome
24 comments
Hiya,
Here is the next set in my steampunk series!
This is Ultima Insula, a small but important trading post owned by the Pretoro Trading Company.
Before the discovery of land beyond the great cloud sea, Ultima Insula was the outermost island known to man. Being a barren rock, it had little use. But after the discovery of the new continent, Bartholomew Pretoro, founder of the Pretoro Trading Company, grabbed the opportunity and established a trade outpost on the island. Since then the island has been used by explorers and traders alike as a last stop before their great voyage, which has brought the company great wealth. Several generations since its founding, the island and company have passed to Bartholomew's great grandson Balthasar, who rules them with an iron fist.
The outpost consists of a loading area at the bottom and middle, a trading house and energy production/management in the middle, and Balthasar's villa and lighthouse on top. Buried deep in the rock is the great vault where the island's wealth is stored. Can you find the entrance? The set also comes with a small steam powered boat and blimp.
I really hope you like my new set. Thank you for your support!