Rogue One: The Battle of Scarif 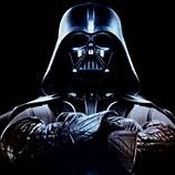 Reenact this Iconic scene in rogue one as the Rebels distract the imperial forces as Jynn Erso and Cassian Andor breach the scarf citadel to retrieve the death star plans.

I built this because Lego does not yet have the scene on scarf and i thought it would be a great addition to the lego star wars sets. and Rogue one was just released making the timing  of this set great!