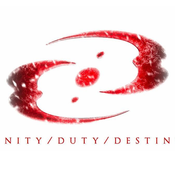 Angel of death, or more like vengance or punishment, those are the words I had in mind when I created this creature. Deployable wings, very flexible and aerodynamic, with razor sharp weapons everywhere.Not very complex on its own, but between him and Ratus, the beast dog-like pet, despite their relatively complex appereance, it only took 884 bricks to build this thing.

Well, as previously mentioned, the monstrous pet, also very articulated, and also with all kinds of edges all over the body.