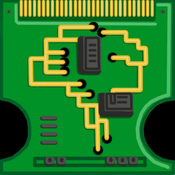 By CircuitryMind
3 comments
A brick-built posable figure of Crash Bandicoot, the eponymous character from the classic series of platforming videogames along with the iconic Aku Aku mask in an appropriate size. As lots of people love the character from his early PlayStation 1 days and many new fans of the series have appeared because of the recently released remake, I believe it is time to give them a LEGO set that could act as both a display piece as well as a playable action figure of the famous marsupial.
A large-scale model of Crash with multiple ball-joints would allow a combination of a faithful depiction of the character's iconic looks with the ability to put him in a variety of recognizable poses. To complete the set and add a splash of extra colour, the bandicoot would be joined by one of his companions, the Aku Aku mask.
Features:
- High posability: ball-joints in the ankles, knees, waist, shoulders, elbows, wrists and one in each finger, allowing for a variety of action poses
- Adjustable eyebrows, hair and ears for extra expressiveness
- Proportions true to in-game models
- Aku Aku has adjustable eyebrows and feathers
- Both models together have a total of 809 bricks