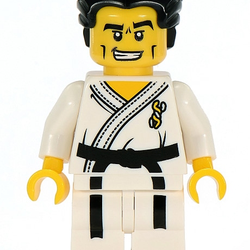 A long time ago in a galaxy far far away...

The evil empire needed a place to put away their TIE-fighters. Now they have one, a hangar like the ones shone in the movies.

The hangar has acurate blast doors, floor markings and racks to store the TIE-fighters.