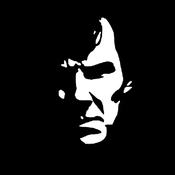 By TheSubster
26 comments
Hello, everyone.
I am a huge fan of everything Sherlock Holmes, so I built caricatures of Sherlock Holmes and Dr. John Watson from the 2010 BBC show Sherlock. I thought it might make a good LEGO Ideas model, so here it is. I love caricatures. They are exaggerated, but still recognizable, and are very fun to build (or draw).
First up is SHERLOCK HOLMES
Sherlock's bust features his trademark overcoat and scarf, and a purple dress shirt, along with his long hair. Next is JOHN WATSON
John's bust features a white shirt and a dark blue coat. Each bust is mounted on a flat stand, with room for a plaque on the front if desired. The heads are removable from the body, and the body is removable from the stand, so different torsos or heads can be made and swapped around (for example, another head for Sherlock with his deerstalker can be made and swapped with the current head). Both have swiveling eyes.
John's head can also turn from side to side. Initially, Sherlock's could, but I removed the feature for the sake of stability. Maybe in a future update I'll re-engineer this function back in.
I think this would make a great set; a lot of the past few approved models were based off of TV shows, and so I think busts of the main characters of an extremely popular mystery TV show would fit in with what LEGO Ideas has been releasing so far. I think a ton of people would buy it if it became an official set. I definitely would (obviously)!
I hope you like it, and tell everyone you know to support also!
Thanks, and have a great day!
"The game is on!"