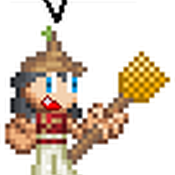 The 1980s gave us many heroes. Ones who traveled through time, Ones who changed from one form to another, Ones who bounced here there and everywhere and a single rich one who treasured his family most of all.

Now it's time to have another hero to return. One who taught us Life is not a Malfunction and to just be you.

Five experimental robots built for Nova Robotics as part of the S.A.I.N.T project have just shown how effective they are at being adapted to battle as a thunderstorm breaks out. Brought back to the labs a stray bolt of lightning strikes a generator hooked up to the fifth robot. The robot has just been granted Life.

So begins the journey of a lovable, Adorable and reference spouting robot always thirsty for more information or as he says “Input”

This set is a representation of the NOVA Robotics truck that Johnny and the rest of the cast spend so much time around in the movie “Short Circuit” complete with Newton Crosby's Computer, the truck terminal that tracks and talks to Johnny and his Robot brothers, and the very one that helped Johnny escape and be allowed to live in peace.

Johnny Five has always been a hero to me. The fight for freedom and learning your way is something we all know and Johnny is truly the embodiment of this feeling. Johnny has also long been in need of proper representation in the Toy world and Lego is the perfect medium to show off the raw emotions and sheer capability of imagination.

Set made in Lego Digital Designer and Rendered/textured in Bluerender Raytracing software.

I am not that good at coding so I was unable to properly place the Truck's side decals into the render. I have included the raw designs in this proposal as well so they can be added to the set if it is released.