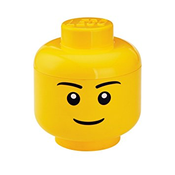 Once, there was a man named Isaac. As a man, he was very wealthy being an electrician at Lego City. St. Patricks day was coming up and he was very excited. Everybody else who worked at the electric plant was curious as to why he was so excited. He told eveyone about the leprechaun that comes to his street every year. Everyone laughed at him. "Theres no such thing as leprechauns!" people told him. Isaac didn't want to hear it, so he grabbed a few bricks and he created his very own high tech leprechaun trap. On the trap there is a trapdoor that when the leprechaun walks on it, the door will open and he will be caught. The trap has a green light on the back to warn Isaac if he caught the leprechaun. It also has a window on the back to veiw him without escaping.  This year, he will finaly prove to his co-workers that leprechauns exist!