This is my eighth set of CHIBO'S. Featuring another set of 3 characters from STAR WARS.

These would look great on display or great for play, so hopefully will appeal to both adult collectors as well as kids.
I have packed in as much articulation and details into these little guys as I can to make them super pose-able, fun and interesting to build. 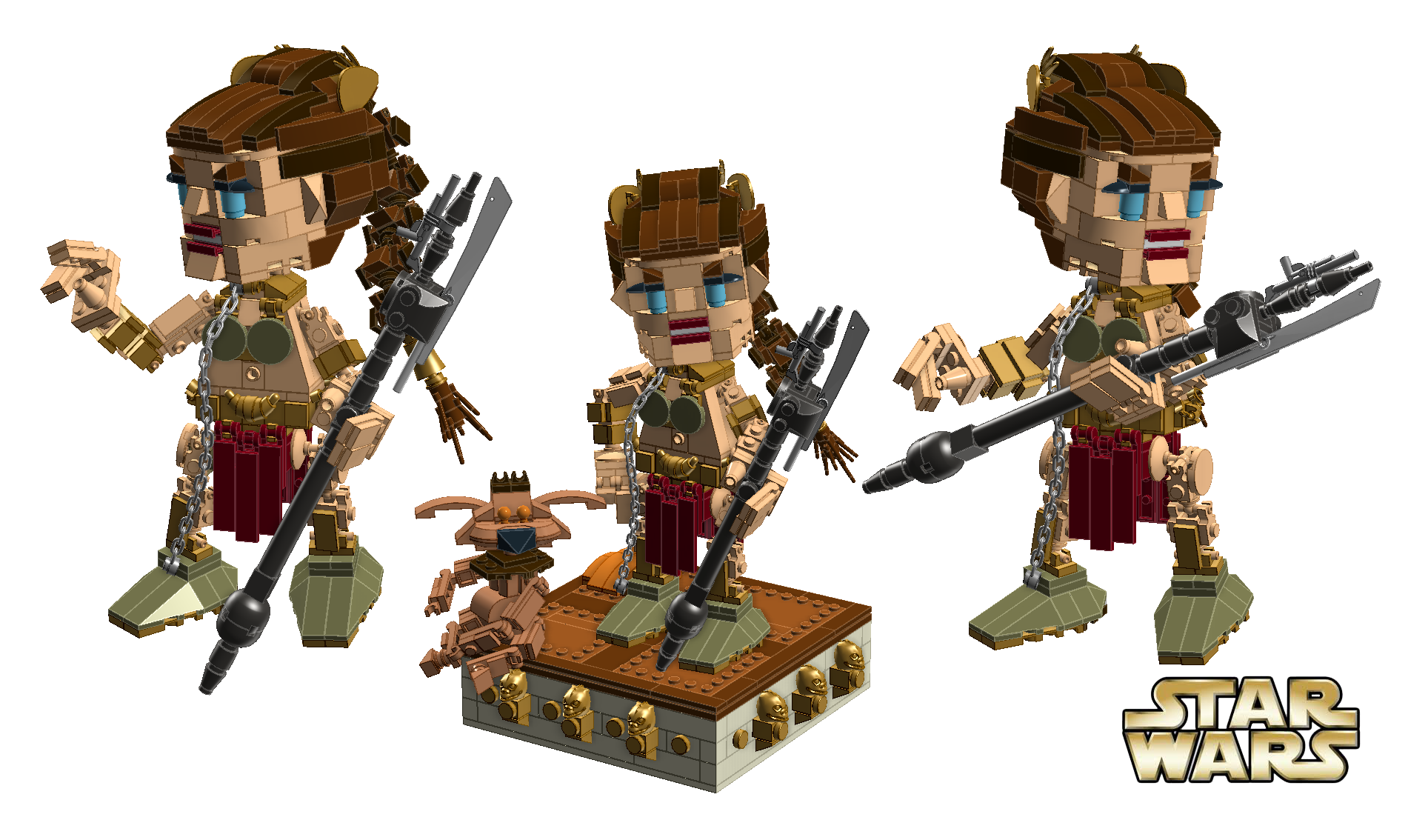 Princess Leia (Slave Costume)
Leia has around 412 pieces featuring full articulation of all parts- a ball jointed neck/head, full 360' movement on shoulders, elbows, hips, knees and ankles, fully posable braid/plait as well as rotating wrists, pose-able fingers and chain. I tried to include every detail I could such as her hair adornments and costume parts.
She comes with a display base like the base of Jabba's throne and a Salacious Crumb figure(68 peices).
Leia comes with her Vibro Axe Staff. 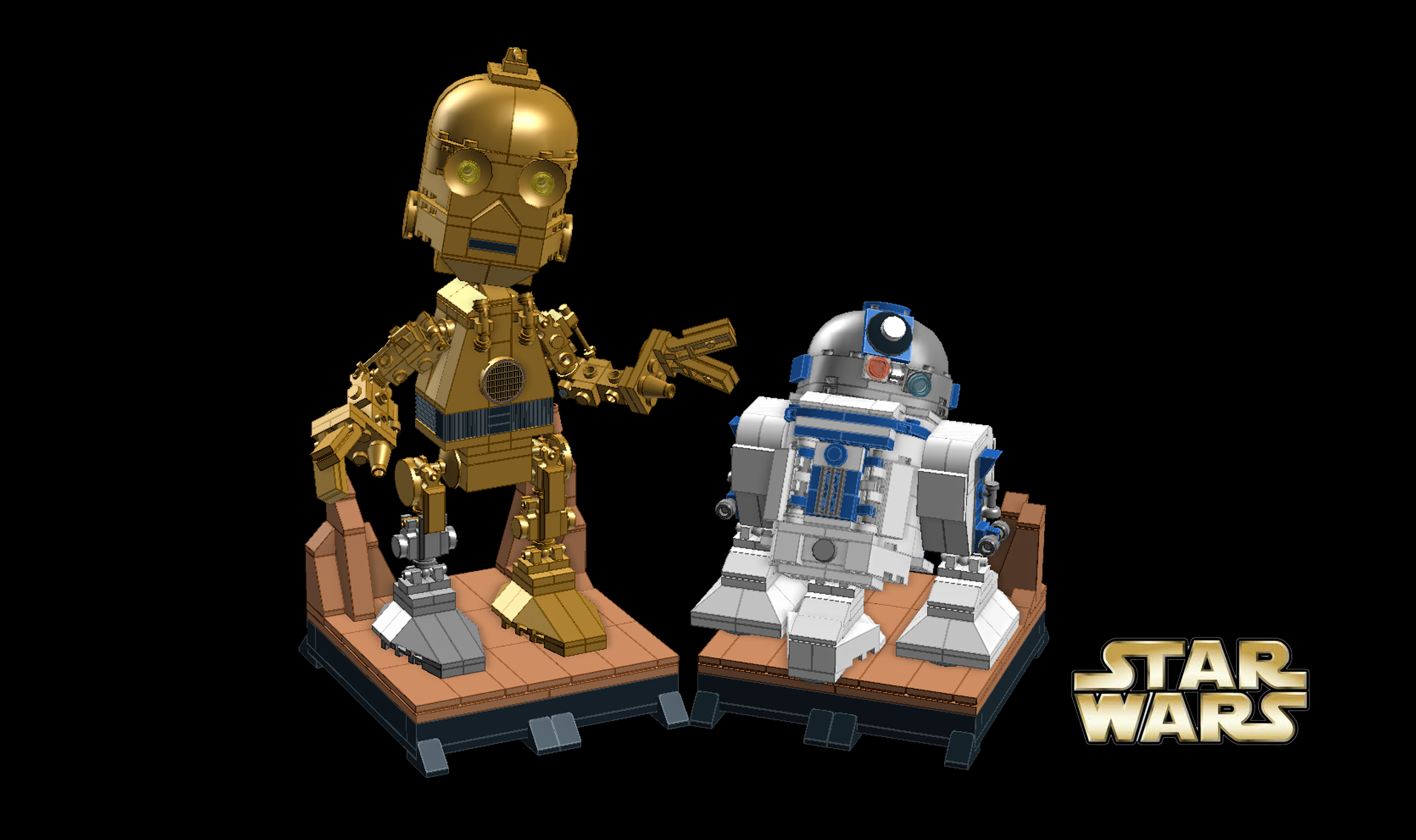 Artoo and Threepio both come with a Tatooine display base/stand which can be attached together or displayed separately. 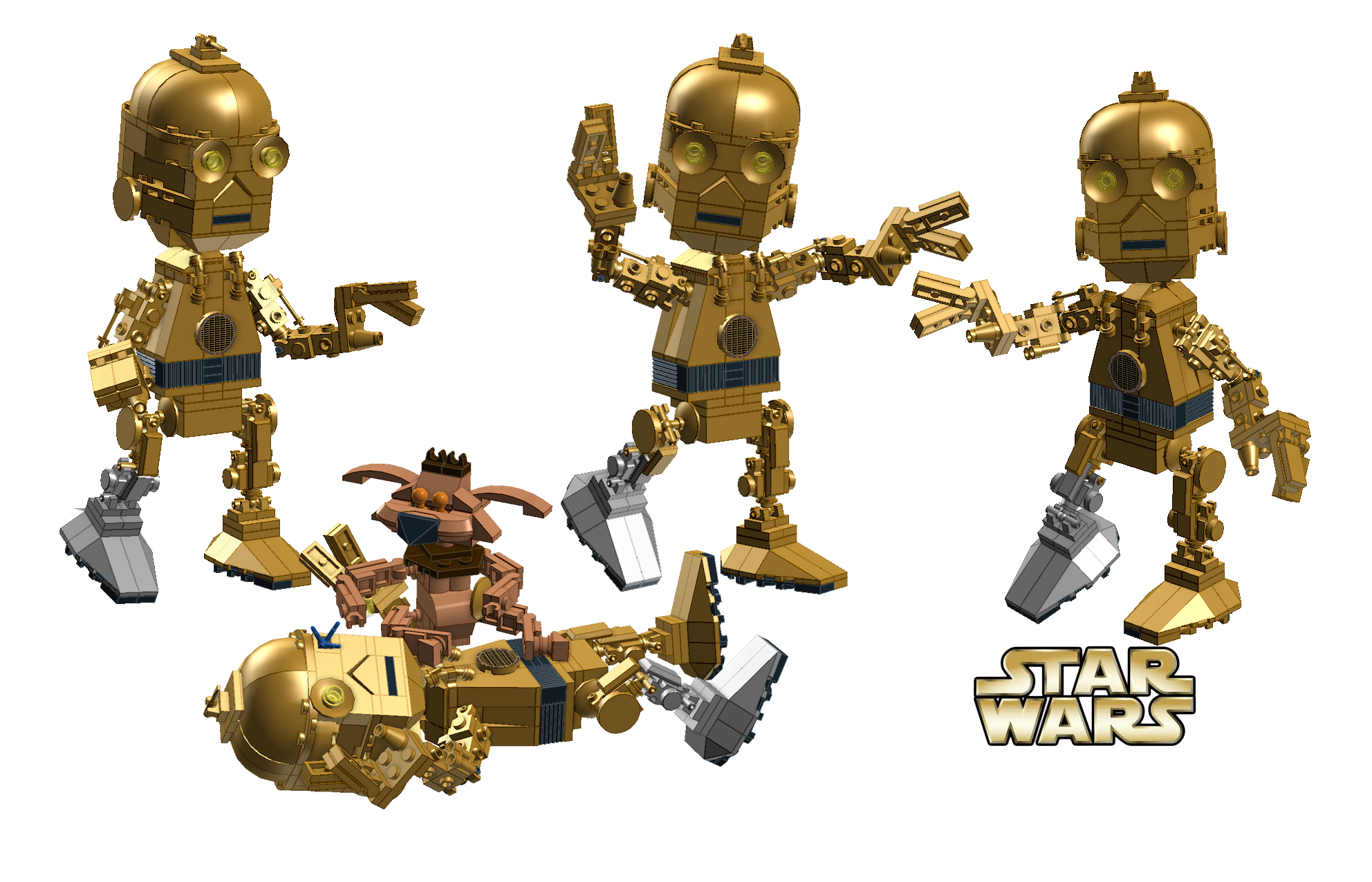 C3PO (Threepio)
C3PO has around 231 pieces featuring full articulation of all parts- a ball jointed neck/head, full 360' movement on shoulders, elbows, hips, knees and ankles as well as rotating wrists and pose-able fingers. 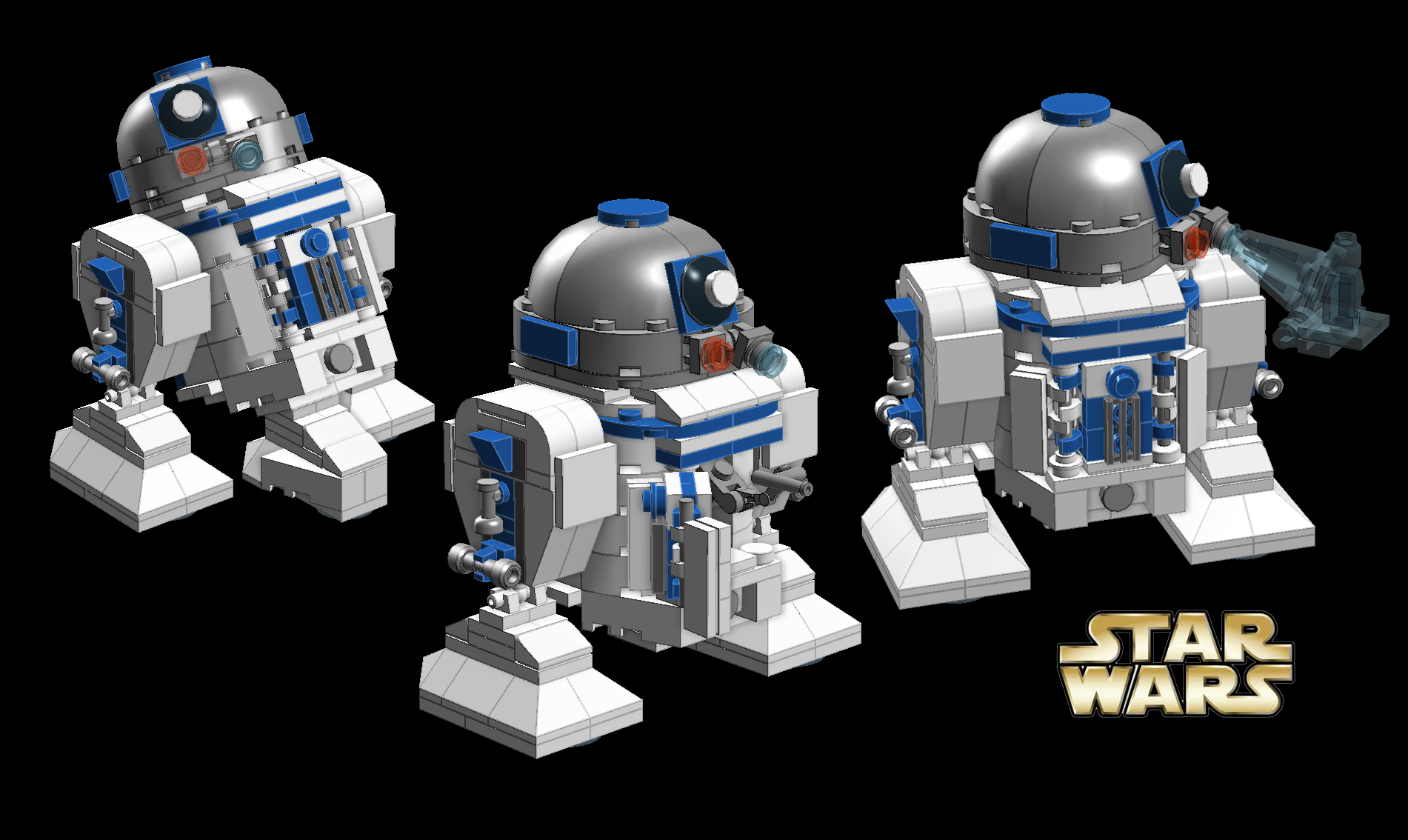 R2D2 (Artoo)
R2D2 has around 250 pieces featuring full articulation of all parts- a rotating head/canopy, rotating movement on shoulders and 360' movement on "ankles" removable third middle leg ( could not get it to flip in without affecting the look of the final model)
Has attachable Hologram (Help me Obi-wan :) and opening chest to reveal flip out fold-able weapon or tool.