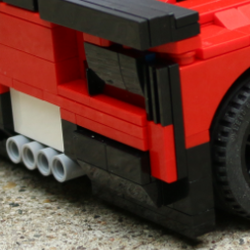 Long ago, a village in Libya faced a serious problem-a dragon. To satisfy the dragon and to protect themselves, the people of the town fed two sheep to the monster every day. After awhile, the sheep were not enough to satisfy the beast's hunger- he wanted more. So the people of the town drew lots to select a victim among themselves. The chosen victim was a princess, the daughter of the king. The king pleaded with the people to spare his daughter's life, but they would not listen. Thus, the daughter was to be sacrificed do the dragon. A soldier happened to be riding by at this time. Though the princess told him to save himself and ride on, the knight stayed until the dragon appeared. The knight was St. George. George fought the dragon and finally killed him. The king was tremendously grateful to George and offered him great riches, even half his kingdom. George refused however, and no one knew where he went or lived.