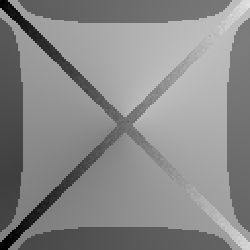 Oh-no! Shocker and The Vulture are raiding the Midtown Comicbook* Store! Call Agent Phil Coulson of S.H.I.E.L.D. to catch the bad guys with his retro flying car, Lola! But where's Spider-Man? Peter Parker is trying to evade the eyes of everyone around, but he can't find a good place to become Spider-Man! Oh, well, at least he can get some good shots for the Daily Bugle while keeping poor Stan Lee safe!

A lot of people love Agent Phil Coulson of S.H.I.E.L.D. and his prized car, Lola, and many have tried their hand at recreating them in LEGO form. As a fan of the Agents of S.H.I.E.L.D. television show, LEGO, and Marvel in general, I decided to try myself, but I didn't want a set focused on Coulson! I wanted a set with a building, too, because I love it when LEGO sets come with little building to play around with!

What better generic building to have in a Marvel set than a comicbook* store? And who should be the store's unfortunate customer? Why, Generalissimo Stan Lee, of course! But who to be the villain(s)? That was the real conundrum. I finally decided on Shocker (because he likes blowing up buildings' walls) and The Vulture (to fight Coulson in the air).

Since Marvel LEGO sets like having multiple heroes (sorry Stan, but you've got the position of bystander here!) and Spider-Man has been done to death in his own sets (no offense, LEGO!), I wanted some diversity, and Peter Parker fits the bill! If this idea gets made into a set, I would imagine Pete would have an extra/reversible head with the iconic Spider-Man mask and some web line, too. I also made sure there was a billboard on top of the building because Spidey likes billboards for some reason, and I put the "Threat or Menace" detail on it because that's my favorite billboard from the video game!

*Stan Lee says to spell it comicbook, so that's how I'm spelling it!