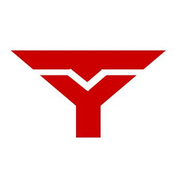 By Terry Yang
14 comments
This model contains jade palace, the training arena and a few other creative models. 3 minifigures, Po, Tigress, and Master Shifu are also included in the model.  The jade palace has a very detailed interior, including the pond in the centre. For the training area, the front entrance and two buildings for spectators are included, which adds more playability to this set. The 3 other side builds include a spring loaded palm tree, the noddle cart, and the firework chair. These models are all references to the movie itself. The 3 minifigures are are all existing Lego molds, and figures Tigress and Master Shifu were originally made by @_NotWod_. He politely gave me the permission to use his figures. I also changed them a bit so that they were more "original". This model is a rebuild form my two previous projects of Jade Palace. The piece count was too high in that model. In this model, including all the side builds and training area, has around 2990 pieces. Also, the entire project took around 2 full weeks to design and build. Therefore, I'm really happy with the build. I reason I chose to rebuild the jade palace was because I have really high hopes for it to be an official lego set. It will really inspire children and adults. Moreover, because of Kung Fu Panda's popularity, I believe this is a great set to be made. I hope this model will one day get to 10k!
*If you are wondering, I haven't used any new molds in this project.
For the head piece in the interior of the palace, the part name is #57579 -In new Dark Red
For the Po minifigure, I used the same pieces from Panda costume in the minifigure series
For the Tigress and Master Shifu pieces, I used the exact same pieces @_NotWod_ used.