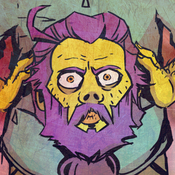 So whose excited for the new starwars instalment? I KNOW I AM!!Having been a starwars fan most of my life (and it generally being one of my favourite things!) The new teaser for 'Star Wars: The Force Awakens' has really got me excited for whats to come next December. After watching the teaser for what must've been the 20th time (probably more) I decided I wanted to pay tribute and channel my excitment. What better way than Lego! Probably my favourite part of the trailer was getting to see the new design of x-wing fighter in action, so it made sense to try and build my own.

One of the challenges from the very beginning was working with a very limited amount of reference material. With only the few seconds of footage from the trailer, the footage from the second 'Force for change' promo video and a handful of photos from the set (which were largly obscured by tarpaulins) I had to piece together what the new design might look like as a whole as well as filling in any gaps with refference from the origional x-wing design.

Rather than each wing having it's own whole cylidrical engine like the original x-wing design, this new design has a single larger cylindrical engine on either side of the craft which splits in half when the wings are in attack position. This proved challenging to emulate in lego since there are no wheel or enging pieces which come in halves.I ended up simpulating the roung edge of a cylidrical engine with two mudguard pieces surrounded by slope pieces which seemed to do the trick. Another challenge that arose during construction was concerning the cockpit window. Since I was working with a different scale than any- x-wings lego has previously released, non of the windows fit properly, which required me to custom make a window out of rods and clips, similar to the window on the UCS millenium falcon released in 2007. I also decided to include a gearbox wing system similar to the gimmicks featured in previous incarnations of the x-wing fighter from lego.

I'm very pleased with how this model came out, it scales nicely with lego minifugures, it has a good balance of detail and functionality and it closely resembles the scource material we have so far of the new x-wing design.

If your a starwars fan and are excited for 'The Force Awakens', then this is the set for you!