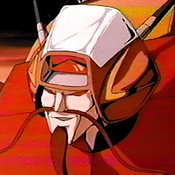 This is my interpretation of 'Kiryu' from the films 'Godzilla Against Mechagodzilla' and 'Godzilla: Tokyo SOS'.
I built this in my spare time, in spurts, over a year and a half. My son loves Godzilla, so I thought I could build him an adversary for his other Godzilla toys. I got better and better and and with many iterations it went from a crude toy to a fully articulated “figure”.
He is fully pose-able, comparable to an figure. He includes his jetpack and weapons from 'Godzilla Against Mechagodzilla', and he can be quickly swapped from fully armed to unarmed. His posing features: head with opening mouth, absolute zero cannon bay doors, shoulders, arms, wrists, fingers, hips, knees, ankles and a fully articulating tail.
He can stand on his own, and can be posed as if he was walking or even fighting an adversary. He stands at 8.25” tall and is 10.5” long from tip of the snout to tip of the tail.
I believe this would make a great LEGO set simply because Godzilla does not exist in this space in any official capacity, and there is a lot of potential with a set like this with a destructible LEGO city, especially if any of his adversaries are ever created.