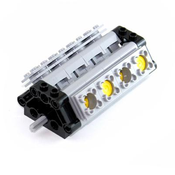 By createablox
0 comments
I am proposing a series of three different technic claws, each with their own unique twist. The first two were in my earlier project, but I deleted it so I could introduce the "spring claw" model into the same project. Each claw is built from one set, so the pieces are easily obtained. The smallest is a mini "beginner's" claw, with a few pieces that make a functional gadget. The "medium" claw is an enlargement of the smallest, with a stand that swivels down from the bottom. The last, and newest, claw is the "spring claw," which has a feature of those simple extending arms from childhood toys. I hope that this project is passed to introduce these unique and interesting gadgets to the world. 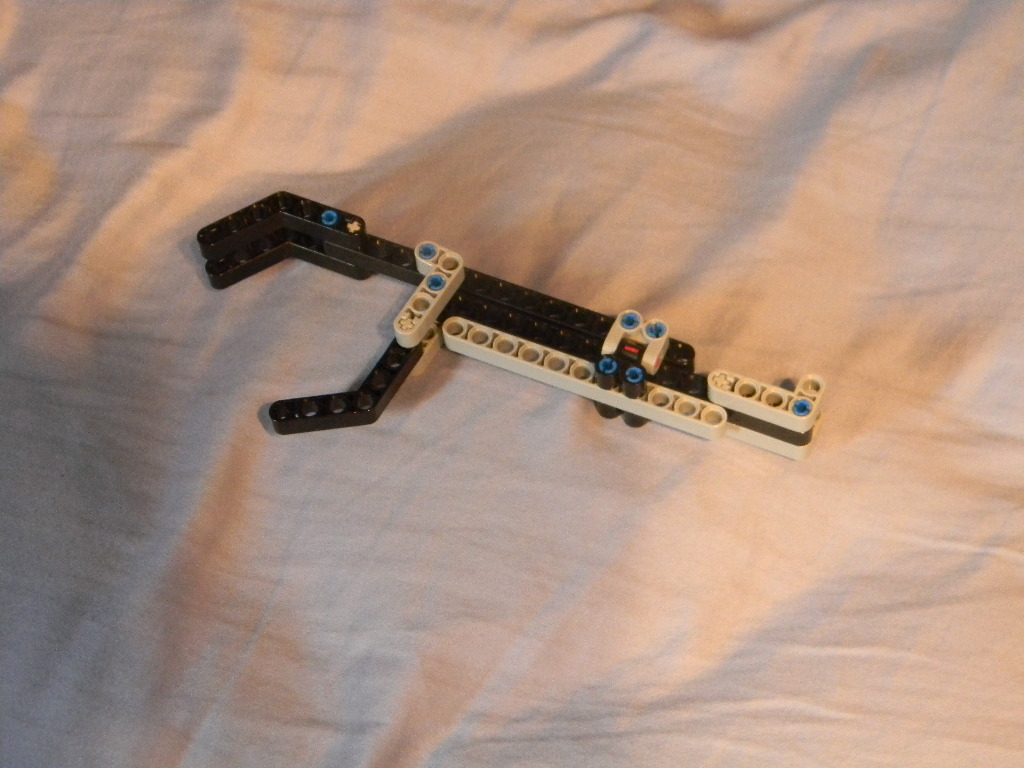 This smallest claw is a simple build, with around 50 pieces. The claw is functional and a nice little toy for beginning builders to assemble. The model is made from the set Bionicle 8698 Vultraz. 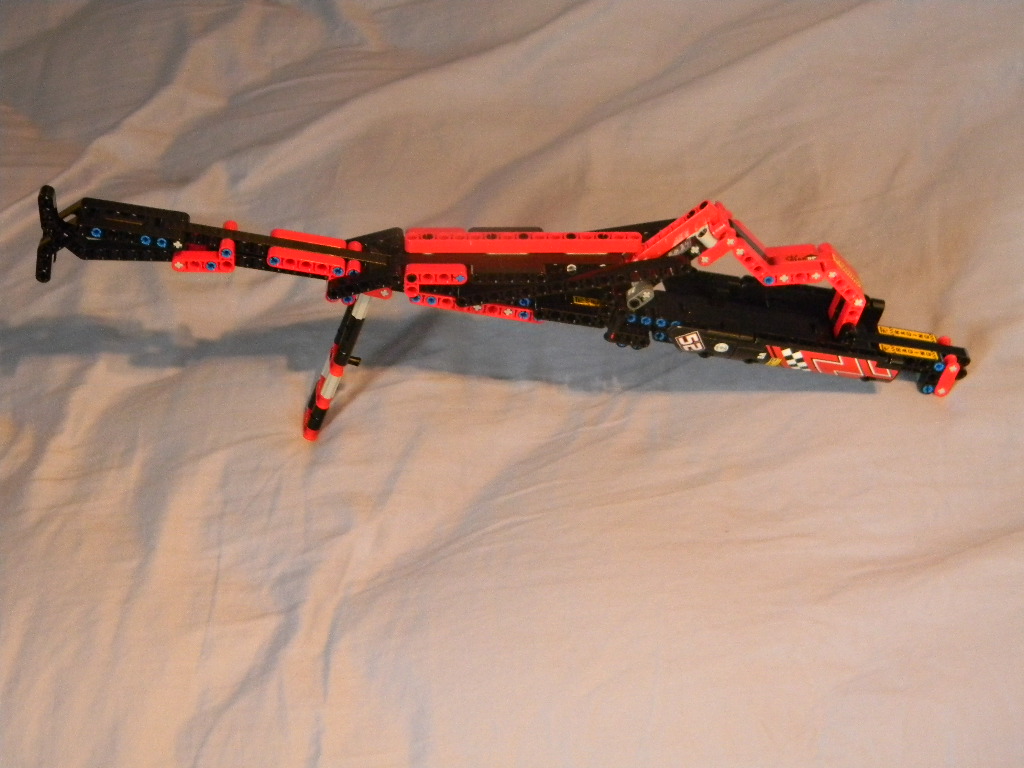 The medium sized claw is bigger bulkier, and more resistant to breaking. A red handle near the back of the claw allows easy holding and manueverability, and the stand on the bottom swivels and is conveniently attached to the main body by a small black technic pin to make the claw more compact. The model is made using pieces from Technic 8041 Race Truck. 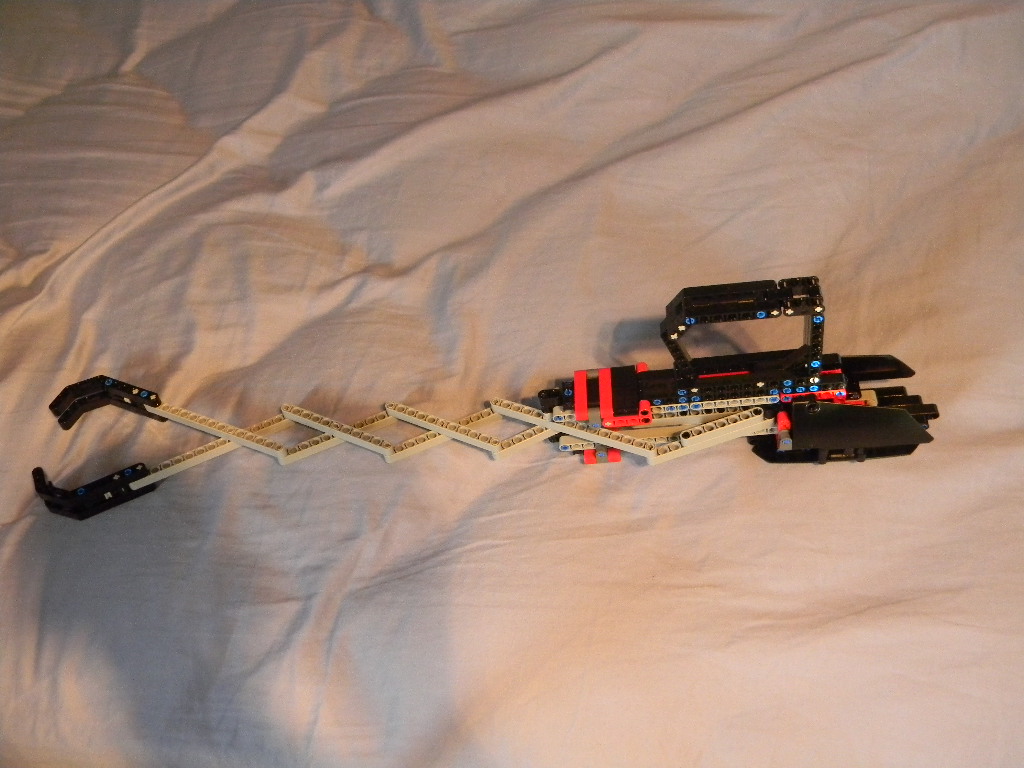 The biggest and most complex claw is made from Technic 9395 Pickup Tow Truck, and has a large handle like the medium claw to hold it by. The claw "jumps" forward and reaches slightly farther than the medium model, but the claw cannot grasp as tightly as the other two models. With the exception of the smallest claw, all of the models have a small portion that slides back and forth within the model to open and close the claw formed by technic plates. The smallest model has a small knob on the back which slides back and forth like the bigger models, but it does not use any technic plates and is located on the back of the model, instead of the bottom. These three claws could be introduces as separate or individual sets, so there is a flexibility for price ranges. I hope you liked my model, and thanks for viewing my project, 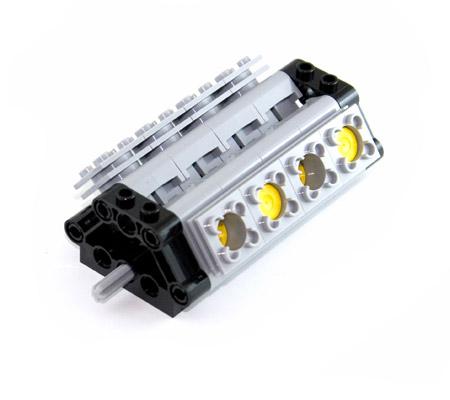 Technic all the way!