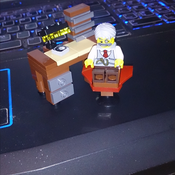 A capital and nation steeped in history, a young nation, with its turbulent past to its promising prosperous future.