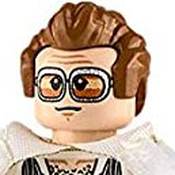 I thought about what I was going to build from LEGO.
Until I suddenly got an idea of a mansion from Amsterdam (the Netherlands).
I think this is going to be a good LEGO set because it is completely open at the back.
This gives the opportunity to respond here.
This is also an original idea and at the same time you will learn more about what the Netherlands looks like.
The 4 houses look cheerful.
They have many colors and each house has a different type of roof.
You will see a canal in the middle of the 4 houses.
I have expressly not added any minifigures because in this set almost all minifigures can be used.
I hope people get ideas from this set/MOC.
Maybe, I'll build some from other countries, so we get to know more about different countries in these crazy times.
In the 4 houses there are rooms such as:
Kitchens, bedrooms, bathrooms, living rooms, TV rooms and much more.
I hope you would support me so that LEGO Amsterdam becomes a real set.
Bye!