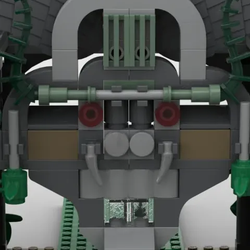 MasterBuilder23
15
229
days left
My idea is an abandoned jungle temple, I built it because I like ancient ruins. The story behind it is as follows: There is a weapon in the lost jungle temple, a special weapon namely the jungle weapon, many people have already tried to steal the weapon and many of the treasure robbers have died looking for the weapon. Like Budel Cunningham, Bricky Bones, James Ackermann or Bob Bob, each treasure robber died differently, Budel died from an acid bath, Bricky was stabbed by prickles, and James and Bob starved to death. And so the jungle weapon still rests in the ancient temple today. When you like my idea, please support it and check out my other modells. Thanks to all of you.
15
229
days left