If you really like the project tweet now and then again a few hours or days later. We all now how ephemeral tweets are. ;)

All of my (as in Not Lego's or the Guild IP holder's) proceeds from the production of this project will go to a charity of Felicia Day's Choosing.


The purpose of this project is to re-create the "In-game" personae of the cast of "The Guild" Web series, also known as the "Knights of Good." In addition I have presented a playset that reflects their in-game guild hall.

There are six characters that represent the fundamental classes found in many fantasy MMOs and RPGs. 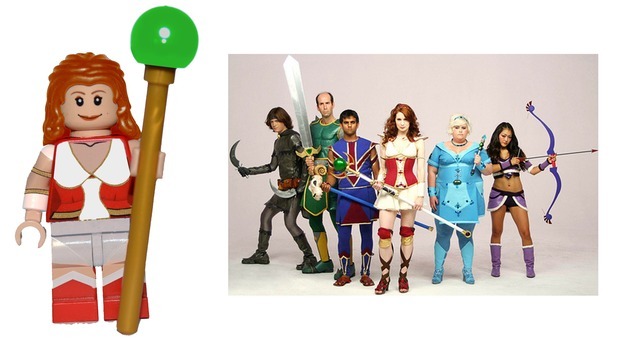 This is the photo of the cast I am working from to make the figures. Clara (the second one from the Left) is much taller than her figure (relatively speaking of course), but her in game character is a Gnome and she is therefore likely shorter than the actress and most certainly short relative to the other characters. 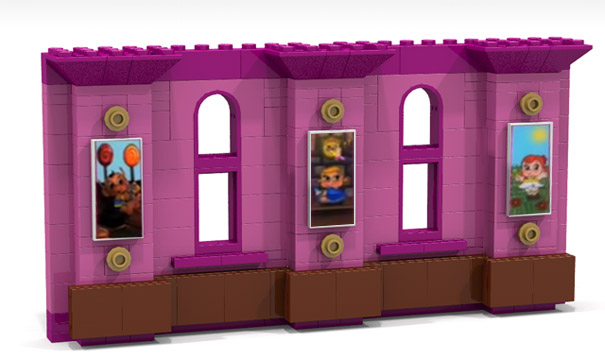 Here is one of the internal walls of the Guild Hall of Good. There will be a matching wall on the other side (with the other members of the guild portrayed on the opposite wall). 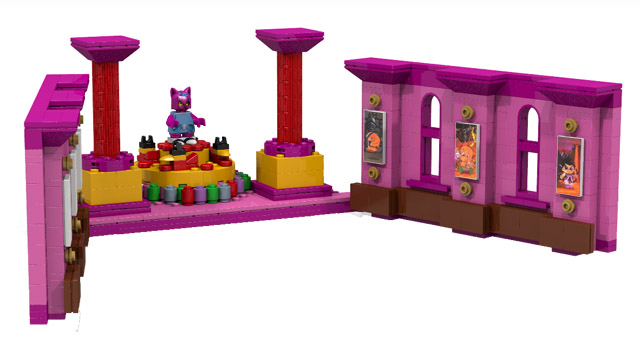 Cuusoo is, in it's simplest terms, Lego Crowd sourcing, though some like to call it Lego Kickstarter. People submit ideas for new Lego sets as a pitch for a product. Project creator prove to Lego that their idea has merit by getting 10,000 people to support the project. Each and every supporter has the option of giving their feedback as they vote.

Every quarter, Lego takes all the projects that have achieved 10,000 supporters and reviews them based on market viability and brand fit. They also create their own version of the project in-house, based on the project concept, supporter feedback, and Lego "canon" building techniques.

In this review, each project will have one of three fates:

Rejection: Lego has declined to make the product
Pass: Lego has decided to push the decision to the next quarterly review
Production: Lego will produce a set based on the project

Only one project can be selected for production each quarter.

To support a project all you need is a Cuusoo account and two minutes of your time. You can quickly generate an account by connecting through facebook or twitter. Once you have an account you go to the project of your choice and click on the great big green "Support" button. You will be asked what price point you think the set should be placed at, how many copies of he set you would like, and a area where you can say exactly what you like about the project.

I really hope you like the project as presented, but take note, Skilled Official Lego Craftsmen will be the ones designing the final product that reaches the market. If you think this project is rubbish, but still like the idea of a Lego set based on the Guild then supporting this project can get you what you want. If this is the case for you, give Lego the feedback: "I like this project because it is based on The Guild.