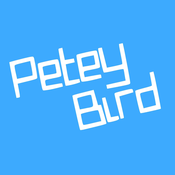 The Porsche 911 is one of the most iconic sports cars around and as a result has been issued as a Lego set multiple times already. This minifig scale 911 pays hommage to the 911 in 'standard' Carrera trim. To me, it's the 911 in it's purest and most recognizalbe form.

The size of the car is similar to a typical Speed Champions set. A minifig easily fits inside and there's a steering wheel as well. A sticker needs to be applied on either side of the car to visually extend the side windows.

The set would contain the bricks to build one complete car. Some extra bricks would be provided to be able to change the rear of the car. That way, the builder can decide to either make the car look more like a modern 991 series Porsche 911 (the red car) or more like an older 964 series Porsche 911 (the white car). A possible future update for the idea may be to include even more pieces to allow for more variation like a turbo version.