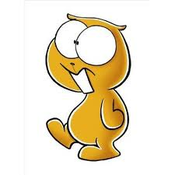 By fanfun
0 comments
Hey guys.
This is my project about a LEGO special police force and theire fight against the mafia and other gangster groups. Every character in that group has his special skills, weapons, story and so on.
Like I`ve already said, this is a police special unit, called: "Ghost Unit".

They have to do a lot of awesome missions, and at least, there`ll be six of them.
With 100 supporters "Shield" will join the group and with 1.000 supporters, an other guy (I think a girl) will also join the group. I`m still open for additional character or set ideas- Just write them in the comments. 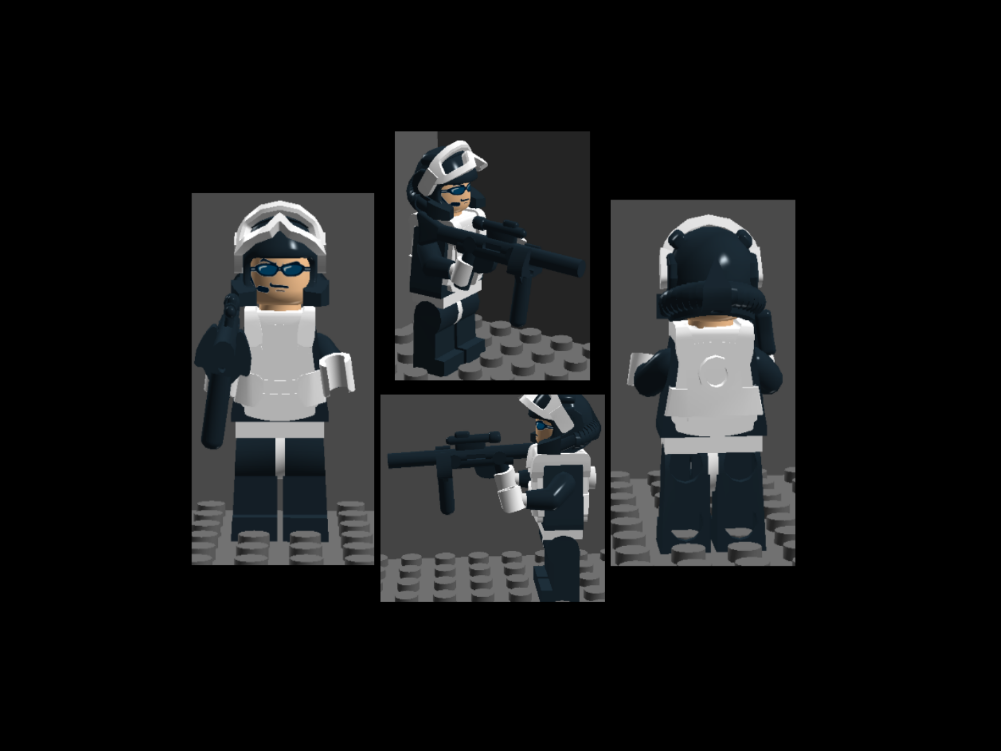 This is Alpha, the team leader, he don`t like talking about his past. He does that what has to be done and nothing else. His motto is : "The difference between the Ghost Unit and other agent groups like the FBI, CIA or MI6 is, that we never fail!"
He was the first in the Ghost unit and so to say, he`s ever the first. Enter a secret room full of enemies? His job. 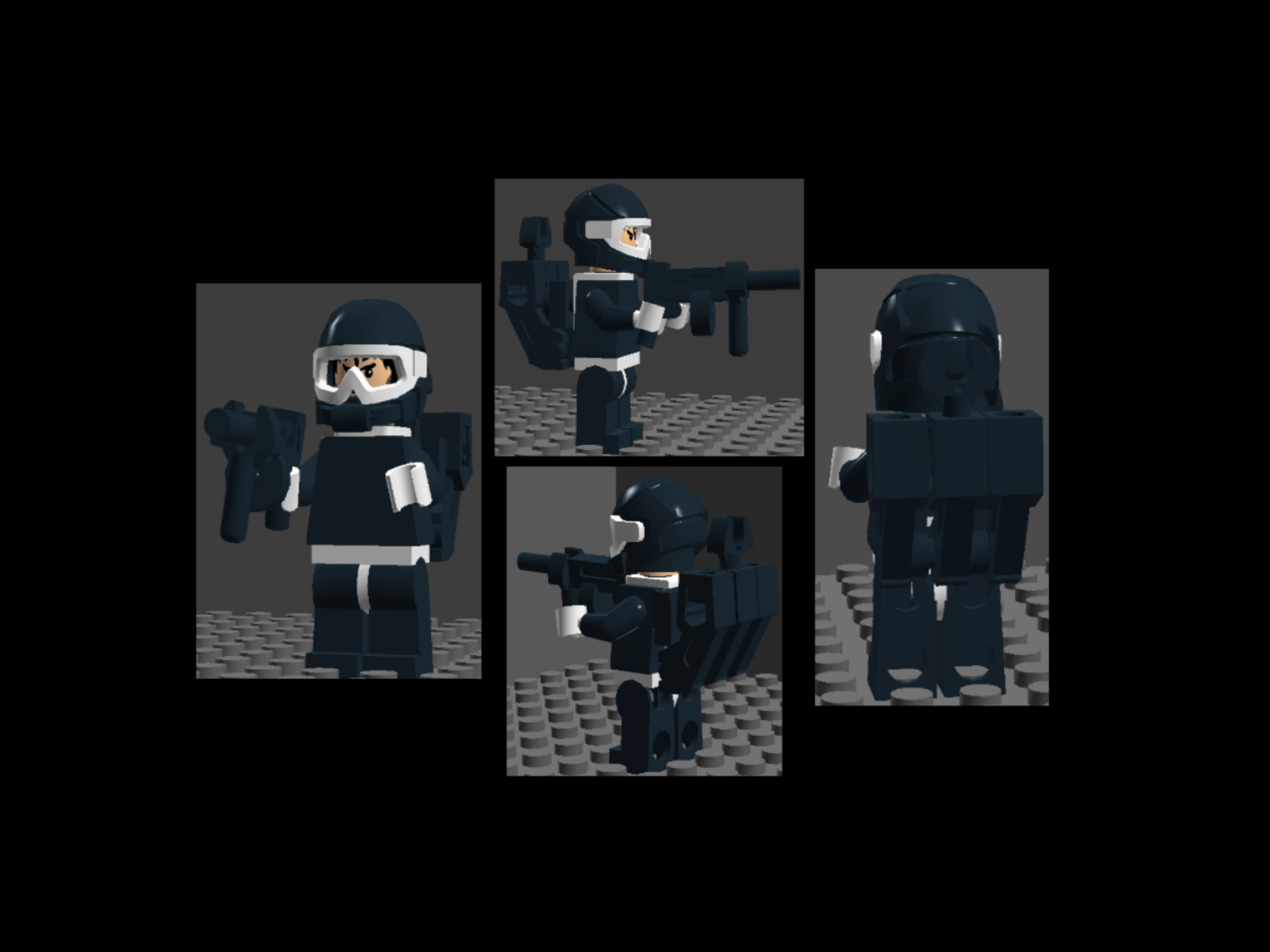 This is Wolf. Before he joined the Ghost unit, he was a private detective and searched for animal smugglers. As he discovered there organisation, they wanted to mess up his live. But suddenly a wolf attacked his attackers and gave him time to run away. After that the Ghost unit asked him to join in. He did. He has a small robot, nicknamed: Baby wolf.
This Robot can walk, shoot, climb, film, be a bag and other things.
His motto is: "Bite them baby wolf, bite!", what is a little bit crazy if you think about a robot. 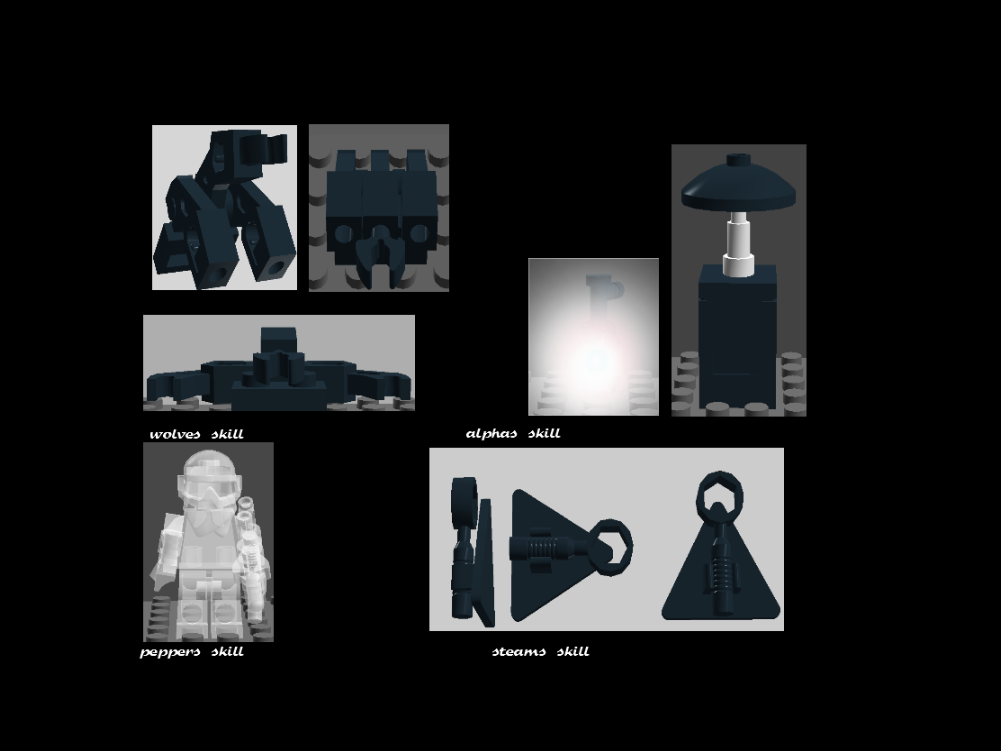 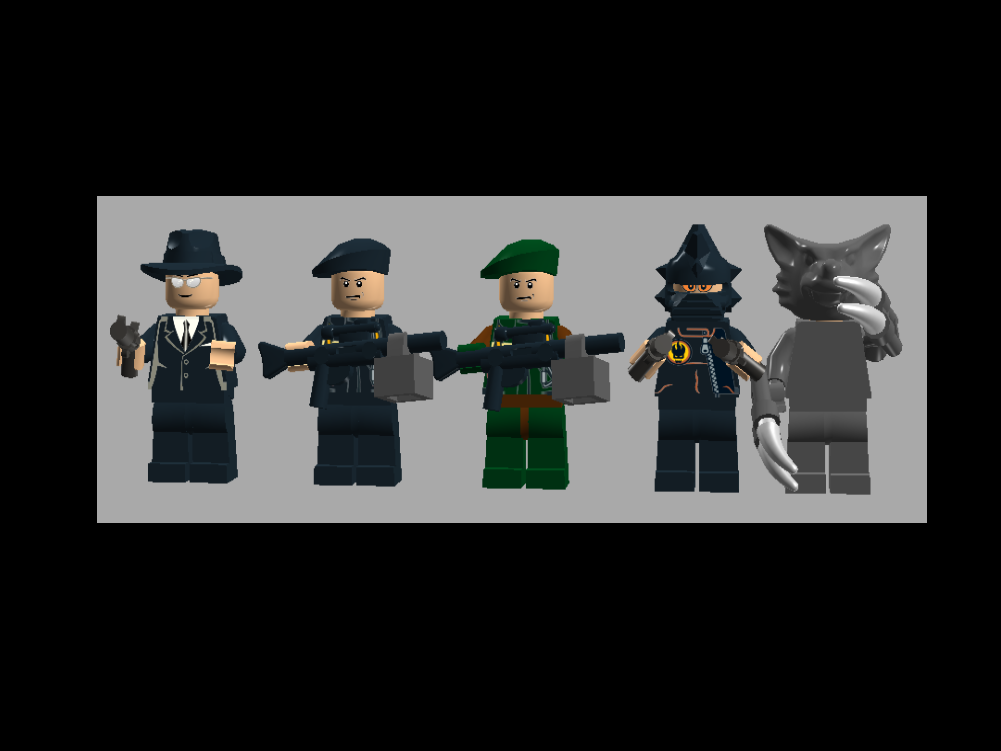 The evil side: The gangsters (from left to right): Mafia boss, his mercenaries, the rocker from a bank raid and the crazy psychopathic gangster, who act and thinks, like he`s a wolve.
Soon there`ll come some sets, I promise you.


If you like my project and tell it your friends. Can Alpha count on you?