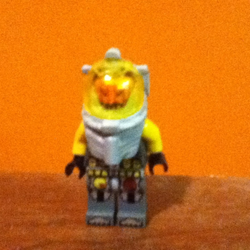 I wanted to make a purple classic space person, but couldn't find any decals for it. So I left it blank, I hope you the idea of what im trying to do. Any how I made a lego space money ship. Yes i know the money is black. Its space bucks after all, and I added a few ellements from Lego digital designer that I never seen before.The two engines are an Knatt and Whitney ZX58 turbo rocket-jets with after burners. So these guys will have no problems with escaping from thier arch enemies the Plutoninan gang. As they try to escort money from one planet to another. So look out for the guys in the gang jackets.The teddy bear is actually a small robot that is there to help with information purposes such as the mission plan and route to the planet of needed money exchange.

I personally am exited for this to become a set mostly due to the fact that a lot of effort was put into making this on Lego digital designer. I believe that this would be a great way to escape from most Lego themes, and open people's minds to other ideas. this set could help people escape reality. while they can make their own adventures to different planets. it could also be uses as a cargo ship if needed for important items to be transported. so any way to spark imagination once again in the real world will be great for our future generations of KLego fans. 20 supporters and I'll fill you guys in with some more information on the pictures.