The Spider Steed of the Necromancer 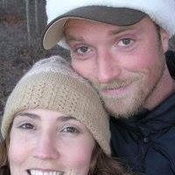 The Lich has risen.

Having mastered the arcane sorcery contained in the Book of the Dead, the newly undead dark wizard, the Necromancer, who has resurrected himself as the Lich, creates his mighty demon spider steed to carry him into battle at the lead of his undead hordes.

I created this set based upon some of the elements used in the construction of the Shelob spider model in the Hobbit set.  When I saw that set, I knew that I could use parts from that to create a spider that a mini-figure could ride upon.  I physically built my original prototype shortly after the Shelob set was released.  Once I had tweaked it to my own satisfaction I set out to build a digital model in the Lego Digital Designer software.  There the model evolved a little further, as I had more choices for parts and colors.

I have always loved the idea of the Necromancer as I originally encountered it in The Hobbit, but in that book the idea was never explicitly explored.  The concept of a Lich is an undead sorcerer who has resurrected himself with dark magic, and usually commands undead that he creates from his own will.

In a story that I have been writing in my mind I see a series of events in which a normal man follows a dark road into dark magic and eventually becomes a truly evil entity wielding terrible magic.  I believe that a series of Lego sets could be made to tell this story.  If this set receives enough attention based upon that tale I would be eager to create other sets capturing the significant events in the rise of the Lich.

As with any extreme evil, so shall there arise its opposing counterpart to halt its spread.  I have envisioned a Paladin, or holy knight, who rises against the Lich, and he commands an army of men to confront this darkness in battle.  I believe that there are many possibilities for exploring these ideas through Lego sets.

Additionally I have recently noticed that Lego has begun to use spiders with the Lego Chima series.  Though I'd rather see my design utilized to create an entirely new line of Lego Castle products, I would understand if Lego preferred to use my idea toward that brand, though I believe it would be selling it short, though Lego's insight into the largest markets to target probably trumps my own.  As an adult Lego consumer, the only thing about Lego Chima that as interested me are some of the unique pieces created for that series, such as the armor/wings.  I see those sets as a source of pieces that I have used to create other things, some of which I intend to submit in other set ideas.

One truly ideal thing about this set is that it uses only about 300 pieces, none of which require new molds.  That means this set would be very affordable, which would drive sales, and I believe would appeal to both young and older buyers, probably mostly male.  If female characters were to be involved in the story that might draw in female buyers too.  My wife and I both love The Lord of the Rings and we both get great pleasure building Lego sets together from time to time.

As far as specific design elements are concerned, I am flexible and open to ideas regarding colors, and elements of this design.  Also I would like to point out that my physical version of this set looks better in some respects because there are limitations in the Lego Digital Design software, such as the ability to fine tune joints, and I also couldn't fit a couple of pieces in the digital design that integrated smoothly in my physical design.  Also my "Lich" is wearing a cape, and I couldn't fit a cape on my mini-figure when he was standing on the spider in my digital model.  Other than that the LDD software is a masterstroke, and I am so grateful.