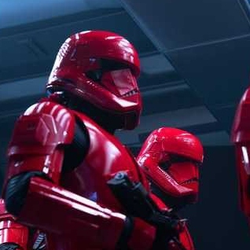 STARWARSinventor
20
This is one of Zerthar's fighters that he sends to battle Xthran. It comes with a pilot, who has two blasters and one mounted heavy blaster-cannon. The cockpit opens, allowing you to put the fighter inside the ship. The spaceship has two repeating laser cannons on either side and a heavy laser cannon on the top. I made the spaceship and the pilot's mounted laser cannon with legos, and I made the pilot and his two blasters in studio. I think that people would enjoy playing with a fun, cool, awesome spaceship. Thanks for looking and please support and share!
If you like this then check out my other builds as well as Xthran's spaceship here:https://ideas.lego.com/profile/STARWARSinventor/entries?query=&sort=top
20