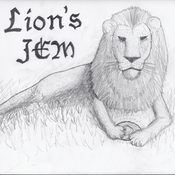 In 1775, the United States Postal Service was established. Since then, there have been tens of thousands of post offices, planted in cities across the country. This Post Office will serve the people of Lego City with mail delivery at last.

This multistory modular building includes many playable features. The first is not connected to the actual construction, but is an incredibly important element in delivering the mail on time. Based on a 1923 model, the old-fashioned mail truck is equipped with a seat for the driver, an opening door on either side, and a back door with an area to hold letters and packages. Though not a very colorful model, the truck stays true to the time period.

The Post Office consists of two floors and a detachable roof, making up probably the shortest modular building by height in the series. On the base floor, there is both a front entry and a back door. This floor is open to the general public, where they can send and receive mail of all types. Inside there is a table for filling out envelopes, and across from it is the counter. There, the citizens may send out packages or letters, which are weighed on a scale and signed for. Then the mail is placed in a blue container, and sent up to storage on the second floor with a mechanical arm. It waits there until it gets sent out.

The workers may reach the upper floor by a staircase, and then type in the code to enter the warehouse. Here there are shelves and cabinets to keep the mail organized. There are windows on both sides, plus a hole in the floor to receive the blue bin. In the center of the room is a table to fill out forms and the like, as well as appropriately label boxes.

There are a total of 4 minifigures included in the set, as well as several packages and envelopes. There is additionally a mailbox on the curb in the event that someone would wish to send out mail when the post office is closed.

I have included some close-up photos of different elements in the build. Thank you for taking a look at this project. If you like what you see, be sure to support! If you want to go the extra mile, share it on social media, and it will grow even more! The more people that know about it, the faster it will gather support.

As usual, if you have any questions at all, post them in the comments, and I will try my best to respond in a timely manner. Thank you, once again!