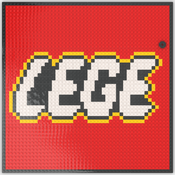 By Legophile
17 comments
I am resubmitting this amazing Canton Skyline! In total 877 pieces, it comes in the standard length of the Architecture Skyline series and with the astonishing twisted tower, aesthetically matching to your existing Skyline collections!
Guangzhou, more familiar as Canton in history, is the capital in southern China and has been under the spotlight since modern time China. It is also the central hub in the Pearl River Bay, the most-populous built-up metropolitan area in China. Adjacent to plenty of other known important cities, e.g. Shenzhen, Dongguan, Hong Kong, Macau, and Foshan, the city has established a welcoming culture and is home to a huge immigrant population.
Guangzhou has a history of more than 2200 years on written record, therefore generates tones of relics or symbols along the time. It makes it very challenging to leave out elements to this build. By balancing different considerations, I decided to include the following ten, from left to right as below:
1. Cotton trees and Banyan trees: They are both Asian tropical trees and can be found everywhere in the city. In Spring, cotton trees have red flowers with 5 petals, which is the city flower. The leaves of the Banyan tree are large, glossy, and green. Mature Banyan trees have grand canopy that provides shade and shield from the sunny and rainy weather.
2. The Shamian Island was once given to France and the United Kingdom by the Qing government between 1859 and 1943. The island is filled with European villas and gardens that remain the reminders of the colonial European period. Now it has become a tranquil residential and artistic area for leisure and relaxation.
3. The Zhenhai Tower, also known as the Five-Story Tower is located in central Guangzhou. It was first built in 1380 during an expansion of the city and was the highest building of Guangzhou of its time.
4. The Haizhu Bridge is the first iron bridge to be built across the Pearl River in Guangzhou. Construction started in 1929 until 1933. The bridge was damaged by the fleeing Japanese in 1938, and again in 1949 by retreating the Kuomintang.
5. The Chen Clan Academy is a boarding school built by the Chen clans for their juniors' accommodation and preparation for the imperial examinations in 1894. It represents how education and education is valued in the city.
6. The Aiqun Hotel, financed by the Overseas Chinese, was the tallest building in the city from its completion in 1937 for decades. It was the first high-rise steel structure in Guangzhou, a symbol by the north bank of the Pearl River.
7. The CITIC Plaza locates in the once growing and expanding Tianhe District. Completed in 1997 and was once the tallest concrete building in the world. It is a symbol of Guangzhou's growing wealth and importance back in the 90s.
8. The Canton Tower, a 604-meter-tall multi-purpose observation tower, now known as the second-tallest tower in the world. Characterized by the twist, which is also the most challenging part in this set, it is the most symbolic building of the city nowadays. There are transparent passenger cars installed on a horizontal Ferris wheel, which follows the incline of the roof.
9. The Guangzhou Circle is a relatively new landmark. It is considered as the south gate of the city. It is the world's tallest circular building with an enormous empty hole.
10. The Memorial Hall was built in 1931. The hall is a large octagonal structure with a span of 71 meters without pillars for best acoustic performance. The hall houses a large stage and seats for 3,240 people. It is still functional to date as a music or conference hall.